The apex court, however, extended the time from 27 October to 5 November for the company to deposit Rs 2000 crore.

"We are not inclined to entertain the application for modification of the order dated 11th September, 2017. However, we extend the time to deposit the sum of Rs 2000 crore till November 5, 2017," a bench headed by Chief Justice Dipak Misra said.

Jaiprakash Associates Ltd (JAL) had approached the apex court seeking to hive-off the rights of Yamuna Expressway and modification or recall of 11 September order relating to deposit of Rs 2000 crore.

The bench, also comprising Justices A M Khanwilkar and D Y Chandrachud, disposed off the application and said it will deal with issue of homebuyers seeking flats at later stage. 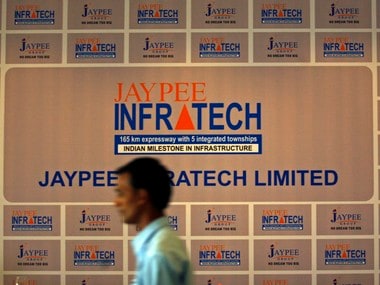 Senior advocates Kapil Sibal and Mukul Rohatgi, appearing for JAL, said the company may be permitted to transfer its rights under the Concession Agreement in respect of Yamuna Expressway.

The prayer of the company was opposed by Attorney General K K Venugopal and senior advocate Abhishek Manu Singhvi, appearing for the IDBI Ltd.

Senior advocate Parag P Tripathi, representing the Interim Resolution Professional (IRP), also opposed the submission of JAL and said the rights under the Concession Agreement in respect of Yamuna Expressway are of Jaypee Infratech Limited (JIL), which is subject to proceeding under the Insolvency and Bankruptcy Code and, therefore, cannot be transferred.

During the hearing, the bench said that homebuyers who were earlier moving from pillar to post to get possession of their flats were now getting their money back after the courts took up their cause.

The top court observed that it was easy to ensure that flat buyers get their money refunded from the errant builders, rather than getting their flats from them.

"Till now, homebuyers who were on streets and were moving from one forum to the other for possession of flats are now getting their money refunded after we started taking up their cause," the bench said.

At the outset, Sibal said the company has an offer from a Singapore-based firm to hive-off the expressway at a cost of Rs 2,500-3,000 crore.

"We need money to pay the homebuyers. This company which is running four highways in the country has given us an offer.

This is a reputed Singapore-based company. To hive-off, we need permission of the court as per earlier orders," he said.

Sibal contended that interest of all financial creditors were secured as the company has assets worth Rs 17,000 crore which even on distress sale will fetch Rs 14,500 crores.

"We have loan liability of only Rs 9,000 crore and by selling of the properties we can easily pay the financial creditors," he said.

"Allow us to hive-off the properties or else both the companies Jaypee Infratech and Jaiprakash Associates Limited will fall," he said.

The apex court had on September 11 directed Jaypee Associates, the parent company of Jaypee Infratech, to take prior approval of the court if it wished to sell any asset or property to raise funds to the tune of Rs 2,000 crore to be deposited by it in the apex court registry by October 27 to pay off the troubled home buyers.

The apex court while hearing a plea of home buyers of Jaypee's Wish Town project at Noida in Uttar Pradesh challenging the insolvency proceedings initiated against Jaypee Infratech, had restricted the directors of firm from leaving the country.

It had revived insolvency proceedings against Jaypee Infratech Ltd and given its management control to the IRP, appointed by the National Company Law Tribunal with immediate effect.

It had asked Jaypee Infratech to hand over records to the IRP for drafting a resolution plan, indicating protection of interests of over 32,000 hassled home buyers and creditors.