By Yuka Obayashi and Hallie Gu TOKYO (Reuters) - Marubeni Corp said on Friday that its U.S.-based unit, Columbia Grain Trading Inc, has stopped all new soybean sales to China because falling sales volumes to the country due to the trade war with the United States have cut earnings. The move highlights the growing impact of the trade dispute between the United States and China even after Beijing agreed to a potential removal of tariffs on some soybean imports. Columbia Grain Trading stopped new sales from July 24, a spokesman at Marubeni, one of Japan's biggest trading houses, told Reuters 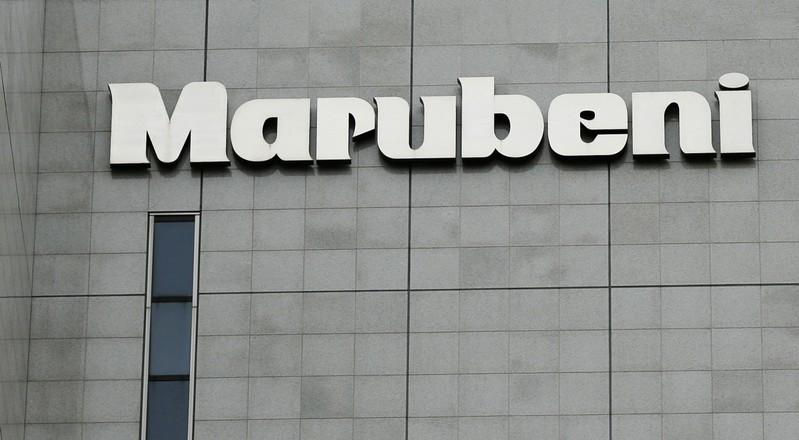 By Yuka Obayashi and Hallie Gu

TOKYO (Reuters) - Marubeni Corp <8002.T> said on Friday that its U.S.-based unit, Columbia Grain Trading Inc, has stopped all new soybean sales to China because falling sales volumes to the country due to the trade war with the United States have cut earnings.

The move highlights the growing impact of the trade dispute between the United States and China even after Beijing agreed to a potential removal of tariffs on some soybean imports.

The decision does not impact other Marubeni units such as Gavilon involved in trading grains, including soybeans to China, and their business continues as normal, the spokesman said.

There are no plans to shut down Columbia Grain Trading, the spokesman said.

The suspension was likely aimed at reducing Marubeni's risk exposure at a complicated time for the grains trading business, two traders familiar with Marubeni's operations said.

Most of the sales to China by New York-based Columbia Grain Trading include a freight commitment, a riskier business than that of Marubeni's Portland, Oregon-based Columbia Grain International unit, most of whose sales transfer ownership to the buyer as soon as the grain is loaded for export, the traders said.

China was the top buyer of U.S. soybeans until Beijing slapped a 25% tariff on shipments in response to U.S. tariffs on a range of Chinese products.

That all but halted U.S. soybean imports, dealing a blow to American farmers and traders of the oilseed across the sector.

But as talks have restarted between the U.S. and China on trying to resolve their issues, Beijing indicated it would allow exemptions to the soybean tariffs for some cargoes arriving before the end of the year.

China's demand for soybeans crushed into livestock feed has decreased dramatically in recent months as African swine fever swept across the country, resulting in the death or culling of millions of pigs.

China brought in 16.6 million tonnes of soybeans from the United States in 2018, about half of the 32.9 million tonnes purchased the year before, as the tariffs curbed buying.

Marubeni executives have said slumping grain prices and shrinking trading volumes weighed on the company's U.S. grain business because of the trade war.

(Reporting by Yuka Obayashi in TOKYO, Hallie Gu in BEIJING and Karl Plume in CHICAGO; Writing by Aaron Sheldrick; Editing by Kenneth Maxwell and Christian Schmollinger)