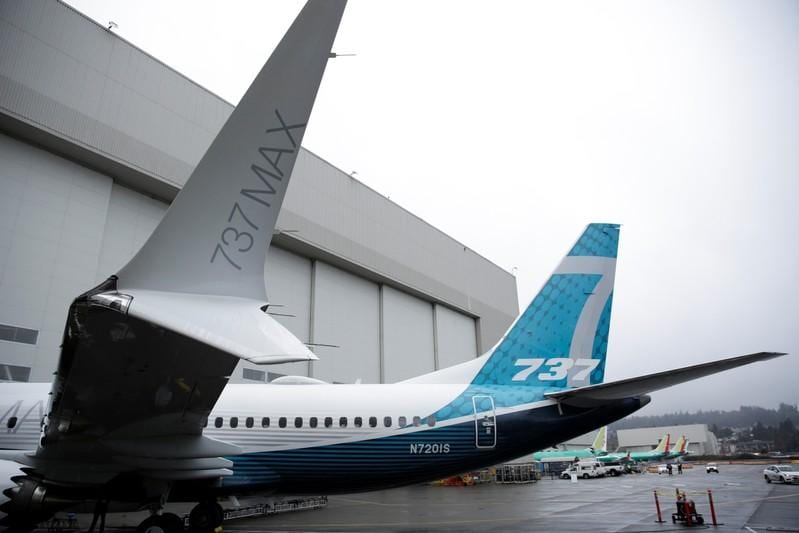 SEATTLE/TOKYO (Reuters) - Japan's ANA Holdings Inc said on Tuesday it would order at least 38 planes worth $4.33 billion from Boeing Co and Airbus, and buy a stake in Philippines Airlines' parent PAL Holdings Inc to support its Asia growth strategy.

The order, confirming earlier Reuters reports, is the first in Japan for the newest version of Boeing's best-selling 737 family and comes at a time when the country is facing pressure from Washington to cut its trade surplus with the United States.

It also raises the stakes in a battle for orders of the industry's largest category of airliner, allowing Boeing to weaken a bridgehead held by its European rival Airbus in the narrowbody fleet of one of its most strategic customers.

ANA had been the first airline from Japan to pick Airbus' latest narrowbody aircraft five years ago.

"The decision was based on the economic growth of Asia and emerging countries, with demand in the Asian aviation market and inbound demand on the rise," ANA said of the latest orders.

The airline, which saw its international revenue spike 11 percent in the December quarter compared with a 0.5 percent rise at home, also announced an investment of $95 million for a 9.5 percent stake in PAL in line with its Asia push, saying it was confident in the Philippines' growth prospects.

ANA's purchase of 20 737 MAX jets is worth $2.3 billion, while its order for 18 A320neos is worth $2 billion at list prices. Airlines typically get large discounts.

ANA said it had options for another 10 737 MAX, bringing the potential U.S. part of the deal to 30 aircraft.

The world's top planemakers have amassed thousands of orders for their narrowbody jets, with Boeing chipping away at its European rival's recent lead. Earlier this month it poached Saudi budget carrier airline Flyadeal from Airbus, while Airbus won the last round of a prolonged battle over Vietnam's VietJet.

ANA's mixed narrowbody fleet had previously been expected to shift to all-Airbus as older 737s were retired. Budget offshoot Peach, which will take the A320neos, has an all-Airbus fleet.

Boeing dominates the count among ANA aircraft with more than 100 seats at 81 percent as of March 2018.

The case for Japan's carriers to buy Boeing has been aided by the fact that its aerospace firms build major portions of Boeing's aircraft, though this is not the case for the 737.

But Japan has also resorted to major plane orders in the past to demonstrate a commitment to buying U.S. goods in the ebb and flow of trade frictions, and the latest deal for Boeing's 737 MAX coincides with similar tensions now.

Washington and Tokyo are discussing a potential trade pact, with Japan under pressure from U.S. President Donald Trump's administration to cut its trade surplus with the United States.

ANA, however, said it not been asked by the Japanese government to buy the Boeing jets.

It "has nothing to do with trade friction," said Hideki Mineguchi, ANA vice president.

Any interference would violate trade practices, U.S.-based analyst Richard Aboulafia said, but added that "these are strange times, so who knows what goes on behind the scenes?" Narrowbody deals tend to be less politicized than larger planes, he said.

(Reporting by Eric M. Johnson in Seattle and Maki Shiraki in Tokyo; additional reporting by Tim Kelly and Ritsuko Ando in Tokyo; editing by Himani Sarkar and G Crosse)