Japan inflation edges higher but BOJ still in a bind

By Stanley White TOKYO (Reuters) - Japan's core inflation picked up slightly in March from a year earlier, but remained distant from the Bank of Japan's ambitious 2 percent target in a sign of rising pressure on the central bank. Over the past year, policymakers have had to contend with a slowdown in global demand as the Sino-U.S. tariff war put a dent in world trade and hit Japanese exporters. 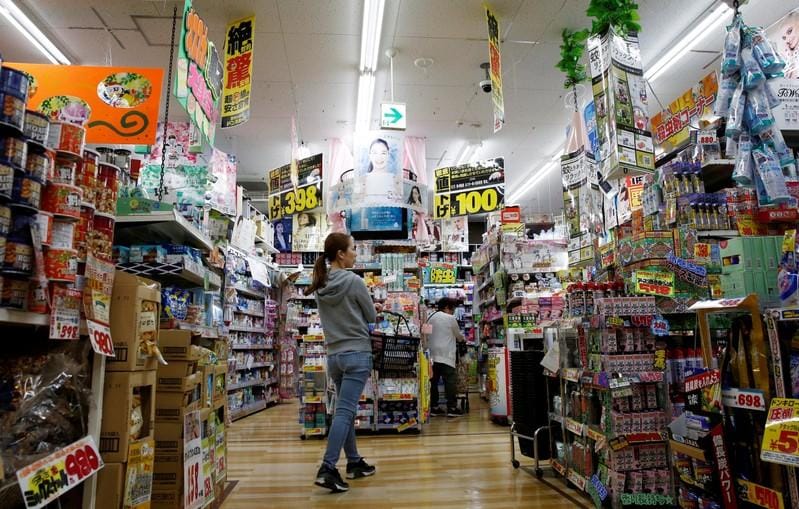 TOKYO (Reuters) - Japan's core inflation picked up slightly in March from a year earlier, but remained distant from the Bank of Japan's ambitious 2 percent target in a sign of rising pressure on the central bank.

Over the past year, policymakers have had to contend with a slowdown in global demand as the Sino-U.S. tariff war put a dent in world trade and hit Japanese exporters. This has made the Bank of Japan's task of generating inflation even more difficult.

An index the BOJ focuses on - the so-called core-core CPI that strips away the effect of both volatile food and energy costs - rose 0.4 percent in March, matching the annual increase in February.

The central bank is in a bind. Years of heavy money printing have dried up bond market liquidity and hurt commercial banks' profits, stoking concerns that its massive easing programme is not sustainable.

"There simply isn't enough momentum toward 2 percent inflation, because wages are not rising that much," said Hiroshi Miyazaki, senior economist at Mitsubishi UFJ Morgan Stanley Securities.

"The BOJ became passive last year because it was worried about banks' earnings. This year the BOJ could fine tune its policy if other economic indicators worsen further."

Subdued inflation has left the BOJ well behind its counterparts in dialling back stimulus, including the United States where monetary policy had a bigger impact. Some economists also argue the BOJ has little ammunition left to fight another serious economic downturn.

There is also a growing view in markets that core consumer inflation may grind to a halt in coming months as recent oil price falls push down gas and electricity bills. Such a scenario could put the central bank under pressure to come up with some measures to buoy prices.

The BOJ is expected to forecast next week that inflation will remain below its target through the fiscal year that ends in March 2022, sources say.

At a two-day policy meeting ending April 25, the BOJ is widely expected to maintain its pledge to guide short-term rates at minus 0.1 percent and long-term yields around zero under a policy dubbed yield curve control.

The BOJ has notched up its warning against the rising drawbacks of its policy. In a semi-annual report analysing the banking system on Wednesday, it said nearly 60 percent of regional banks could suffer net losses a decade from now if corporate borrowing keeps falling in line with the current trend.