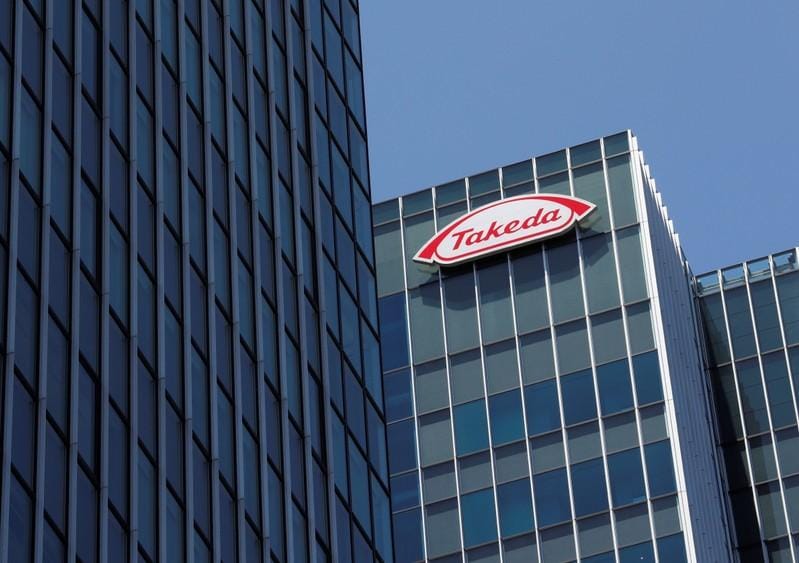 By Kane Wu and Anshuman Daga

HONG KONG/SINGAPORE (Reuters) - Japan M&A volumes are set to break a 19-year-old record and steal the spotlight in Asia this year from cooling Chinese deals, led by blockbuster takeovers such as Takeda Pharma's <4502.T> $62 billion swoop on British drugmaker Shire

Merger and acquisition (M&A) deals involving Japanese companies, especially inbound transactions, are expected to accelerate as the country opens up to more foreign capital ahead of the Tokyo Olympics in 2020, they said.

Japanese firms were involved in a record $289.7 billion of deals in the first nine months of 2018, more than doubling from the same period last year and exceeding the previous all-time high of 1999, Thomson Reuters data showed.

"Japanese corporates are now getting used to doing acquisitions and some managements have got more confidence in doing mega deals rather than small transactions," said Tatsuhiko Kamiyama, a Tokyo-based partner at law firm Clifford Chance.

The hectic activity is helping the investment banking divisions of Western banks.

Two decades later, Japan is again planning structural reforms to boost its growth amid a super-loose monetary policy and mass fiscal spending that have led to cheap funding costs and more shareholder accountability for corporates.

In the past quarter, a unit of Mitsubishi Chemical <4188.T> agreed to acquire Praxair's

For the first time since 2014, Japan's outbound M&A value, at $146 billion as of Sept 26, exceeded that of China's, as dealmaking remains challenged in the world's No.2 economy due to a tougher regulatory environment, funding constraints and yuan depreciation amid an ongoing Sino-U.S. trade war.

"Conclusion by Japan Inc is that local growth will be challenging to come by, and therefore an international strategy will be an important long-term requirement," said Rohit Chatterji, JPMorgan's

Chinese firms announced $92 billion in outbound deals for the first three quarters, down 8 percent year-on-year. Chinese companies still attracted the most buyers in the region, with deal values involving a Chinese target slipping 1.3 percent to $352 billion.

Investments into India and Australia also surged due to a few mega deals, including Walmart's

Overall, the value of deals involving Asia Pacific companies hit $1.1 trillion in the first three quarters of 2018, still a record, the data showed.

"In deal volume terms it has not been a standout year for Asia (excluding Japan) but the activity has been quite balanced across the board in terms of sectors and geographies," said James Tam, head of M&A, Asia Pacific at Morgan Stanley

"China's aggressive M&A push into the overseas markets is slowing, and that's good for the other companies in the region, in particular Japanese companies," said Mayooran Elalingam, head of M&A, Asia Pacific, at Deutsche Bank.

Dealmakers are counting on the 2020 Tokyo Olympic Games to give inbound investments a further boost.