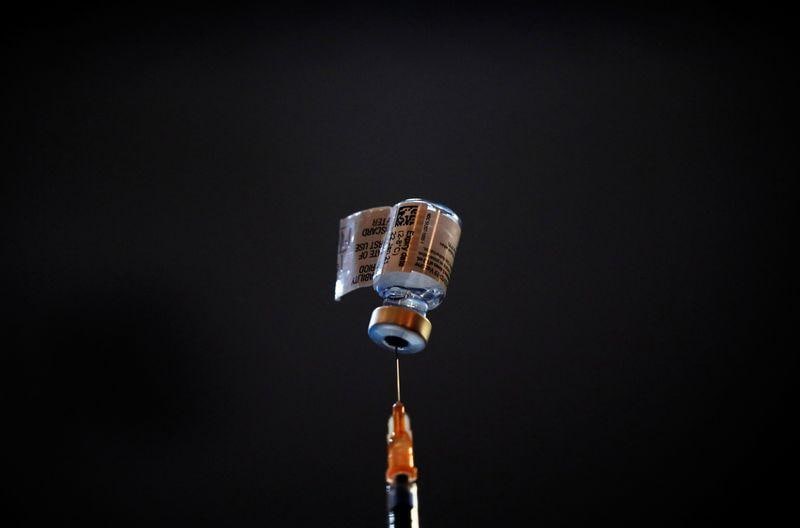 By Emilio Parodi and Stephen Jewkes

Pfizer is facing criticism across Europe over its surprise move to temporarily delay vaccine shipments to countries that fear disruptions could throw their inoculation campaigns into disarray.

The company told Italy last week that it was cutting its deliveries by 29%. On Tuesday, it said it was not in the position to make up the 29% shortfall next week and that it was planning a further "slight reduction" in deliveries, Arcuri said.

"As a result, we discussed what action to take to protect Italian citizens and their health in all civil and criminal venues," Arcuri said in a statement late on Tuesday.

"It was unanimously decided that these actions will be taken starting in the next few days."

The Pfizer vaccine requires two injections, given around 21 days apart, to prime the immune system well enough to fight off the coronavirus.

Pfizer's move was having a serious impact on vaccination plans drawn up by local authorities, the governor of the northern Emilia Romagna region said.

"Due to the reduction in doses, many regions have been forced to slow down or even suspend new vaccinations to ensure administration of the second dose to those who had already received the first," Stefano Bonaccini told Reuters in an email.

A spokeswoman for Pfizer declined to comment on Wednesday over Italy's legal threat and criticism regarding delivery delays beyond its statement on Friday about supply cuts.

The drugmaker said last week it was temporarily slowing supplies of its coronavirus vaccine to Europe to make manufacturing changes that would boost output.

Pfizer, which is trying to deliver millions of doses at a breakneck pace to curb a pandemic that has already killed more than 2 million people worldwide, said the changes would "provide a significant increase in doses in late February and March".

According to an Italian source, Rome is now trying to assess whether Pfizer is acting under force majeure, or circumstances beyond its control.

If not, the drug group could be accused of breaching the contract it has signed with the European Union on state members' behalf, the source said.

One possibility could be for Rome to call on the European Union to present a lawsuit to a court in Belgium's capital, Brussels, the source said.

"Regional authorities will stand by the government in any necessary action but I sincerely hope this eventuality will not occur," Bonaccini said.