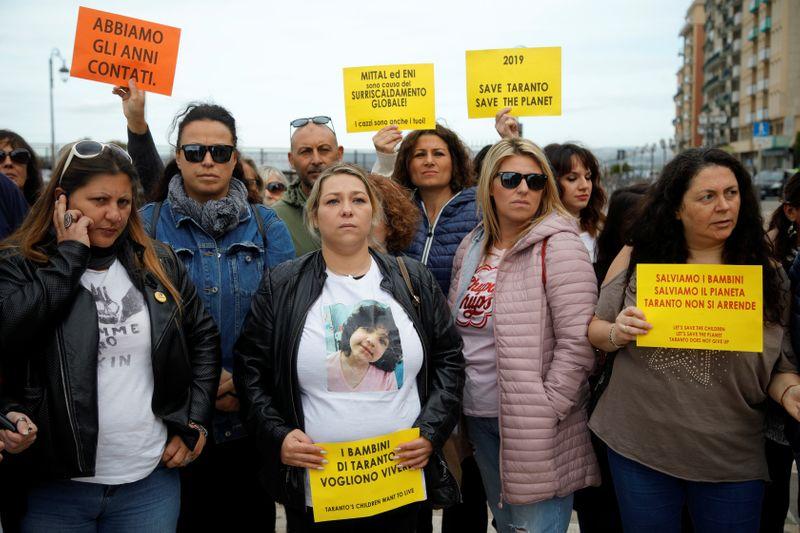 TARANTO, Italy (Reuters) - An Italian court ruled on Tuesday that one of three blast furnaces at ArcelorMittal's

The decision overturns a previous order from a local magistrate that the furnace should be closed after the death of a worker at Europe's biggest steel plant in the city of Taranto.

The ruling removes a potential hurdle in talks between state-appointed commissioners managing the Ilva plant and ArcelorMittal to revive a 2018 deal for the world's biggest steelmaker to buy the loss-making steelworks.

ArcelorMittal announced in November it was pulling out of the 2018 deal, giving the closure order as one reason behind its move. It argued it could not produce sufficient steel from the remaining furnaces to return the firm to profit.

Tuesday's ruling gave the commissioners up to 12 months to fulfil a set of requirements to make the furnace compliant with environmental and safety rules, according to a copy of the decision seen by Reuters.

The Indian-based steelmaker had also blamed its threatened exit on the Italian government's move to scrap a guarantee of legal immunity from prosecution over environmental risks while it carried out the clean-up at Ilva's heavily polluted site.

Last December the commissioners and Arcelor agreed to extend their talks until Jan. 31 in a bid to find an accord.

A Milan court postponed a hearing, previously scheduled in December, to Feb. 7 to discuss a government bid to stop ArcelorMittal's withdrawal from Ilva, to leave room for the negotiations.

The government is also considering becoming an investor in Ilva, which directly employs around 8,200 workers in Taranto, through the state-owned agency Invitalia, Italy's Industry Minister Stefano Patuanelli said in November.

As part of its intervention, the Italian government could sound out the willingness of some Italian creditor banks to become shareholders of Ilva, converting part of their loans into equity, Italian daily Il Messaggero reported on Tuesday.