Is a chaotic Brexit looming after latest spat?

By Gabriela Baczynska BRUSSELS/LONDON (Reuters) - The risk of a 'no-deal' Brexit has increased since Britain presented new legislation that would undercut its divorce treaty with the European Union, angering the bloc and undermining trade talks. The two sides were holding emergency talks on Thursday. If they fail to provide enough assurances that London will stick to its legal commitments, the bloc would take legal action against Britain. 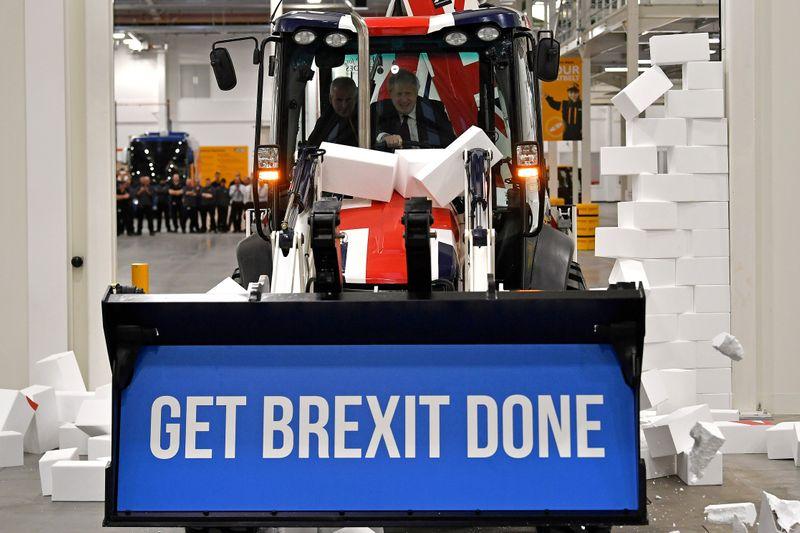 BRUSSELS/LONDON (Reuters) - The risk of a "no-deal" Brexit has increased since Britain presented new legislation that would undercut its divorce treaty with the European Union, angering the bloc and undermining trade talks.

The two sides were holding emergency talks on Thursday. If they fail to provide enough assurances that London will stick to its legal commitments, the bloc would take legal action against Britain.

The EU hopes Britain's Internal Market Bill put forward on Wednesday will be altered. Otherwise, both sides are likely to step up contingency planning for an abrupt split at the end of Britain's post-Brexit transition period ending on Dec. 31.

Here is a possible schedule of potential next steps.

The Internal Market Bill must pass through both houses of British parliament before becoming law.

The legislation will be debated in principle in the lower house on Monday, and then in detail over four further days. Lawmakers can propose and vote on changes, testing Johnson's authority and the strength of his 80-seat majority.

A bigger test is expected in the upper chamber, where Johnson's Conservative Party has no majority. This stage of debate has not been scheduled yet.

Eyes are also on what progress on defusing the row can be made in coming weeks through a Joint Committee headed by European Commission Vice President Maros Sefcovic and senior British minister Michael Gove.

For trade talks, the EU needs clarity before the next negotiating round on Britain's state aid plans. Otherwise, it says it will be unable to agree with London on provisions on corporate subsidies to guarantee fair market competition.

EU national leaders meet in Brussels on Sept. 24-25. They will mostly discuss their ties with Turkey and China, and intend not to delve into Brexit too much, although they are likely to discuss the latest developments.

More negotiations on a new relationship between the EU and Britain are due in Brussels in the week of Sept. 28-Oct.2.

Keen to avoid being assigned blame if talks break down, the EU has said it will not walk away from the table despite the spat over implementing the divorce treaty.

The EU says applying Britain's Withdrawal Agreement is a separate track from future partnership negotiations, though controversy around putting the divorce deal into practice weighs on trade talks.

For now, the EU wants to keep on talking to London to try to salvage the new deal and ensure the divorce agreement is honoured.

Disagreements over fisheries, level playing field guarantees of fair competition - including on state aid - and over ways to solve future disputes have been the main stumbling blocks in trade talks.

If there is tentative progress on these issues, the sides could go into "tunnel" talks - more intense and secretive negotiations until mid-October.

That would be unlikely, however, if rancour over Britain's Internal Market Bill overshadows trade talks.

Prime Minister Boris Johnson has said he wants a deal with the EU by Oct.15, or Britain will leave trade talks and focus on contingency plans for a no-deal economic split from the EU.

EU leaders are due to meet in Brussels on Oct. 15-16. If a deal is not in the making by then, the summit would be likely to underline the need for contingency preparations by the EU, highlighting the risk of a 'no-deal'.

The EU has said Brexit negotiators must have a deal ready by the end of October - or the first days of November at the very latest - to allow time for ratification in the European Parliament and many of the bloc's national assemblies by the end of the year.

Some EU officials acknowledge the bloc might go on talking to Britain after that deadline, but this would greatly reduce the chances of a deal being implemented from 2021, increasing the risks for trade, businesses and citizens on both sides.

Britain's post-Brexit transition period ends. If there is no new trade deal, close-knit ties will be severed and the sides will fall back on general World Trade Organization trade provisions.

That would mean introducing tariffs and quotas for trade exchanges between the EU and Britain from Jan. 1, 2021.