By Nate Raymond BOSTON (Reuters) - An ex-stripper who became a regional sales director at Insys Therapeutics Inc gave a doctor a lap dance at a Chicago club as the drugmaker pushed the doctor to prescribe its addictive fentanyl spray, a former Insys employee testified on Tuesday. The testimony in federal court in Boston came in the first criminal trial of painkiller manufacturer executives over conduct that authorities say contributed to a U.S. 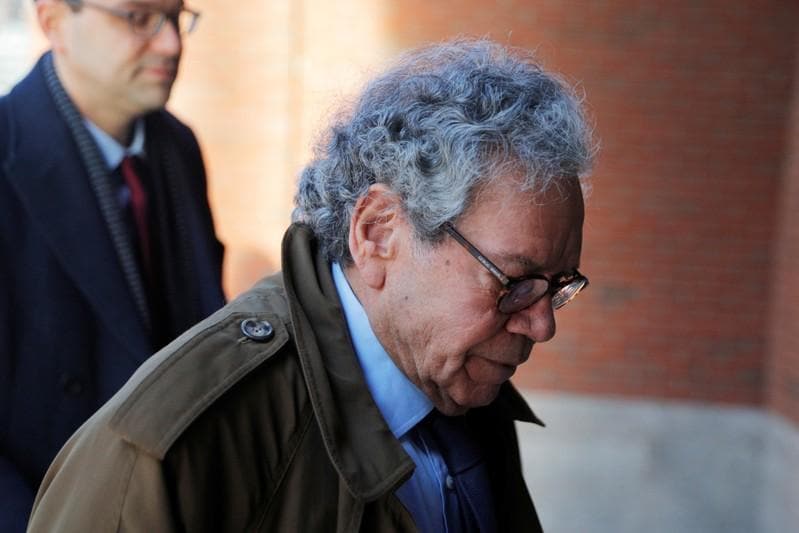 BOSTON (Reuters) - An ex-stripper who became a regional sales director at Insys Therapeutics Inc gave a doctor a lap dance at a Chicago club as the drugmaker pushed the doctor to prescribe its addictive fentanyl spray, a former Insys employee testified on Tuesday.

The testimony in federal court in Boston came in the first criminal trial of painkiller manufacturer executives over conduct that authorities say contributed to a U.S. opioid abuse epidemic that has killed tens of thousands of people a year.

Former Insys sales representative Holly Brown told jurors the incident with her boss, Sunrise Lee, took place after Insys began rewarding the doctor for prescribing its opioid product by paying him to speak at educational events about the drug.

That Illinois doctor, Paul Madison, is one of several whom prosecutors say Lee and four other former Insys executives and managers including wealthy founder and ex-chairman John Kapoor conspired to bribe to boost sales of the spray, Subsys.

The U.S. Food and Drug Administration has only approved Subsys for treating cancer pain. Prosecutors allege doctors paid by Insys often prescribed Subsys to patients without cancer. Defense lawyers note, though, that doctors may prescribe medications for off-label purposes.

Drugmakers often retain doctors to speak at events with other clinicians about the benefits of their drugs, and defense lawyers argue the events were legal compensation for the doctors' educational work.

Yet Brown said Madison's events, held at a Chicago restaurant Kapoor owned, were attended by his friends instead of clinicians.

"The idea was these weren't really meant to be educational programs but were meant to be rewards to physicians," Brown said.

After one dinner in mid-2012, Brown said she, Lee and Madison went to a club, where she witnessed Lee "sitting on his lap, kind of bouncing around."

"He had his hands sort of inappropriately all over her chest," Brown said.

Brown testified that at the time, Madison ran a "notorious" medical practice, which in a 2012 email shown to jurors she described as a "shady pill mill."

Madison was convicted in November of unrelated charges that he defrauded insurers into paying for unperformed chiropractic procedures. His lawyer did not respond to requests for comment.

(Reporting by Nate Raymond in Boston; Editing by Leslie Adler)