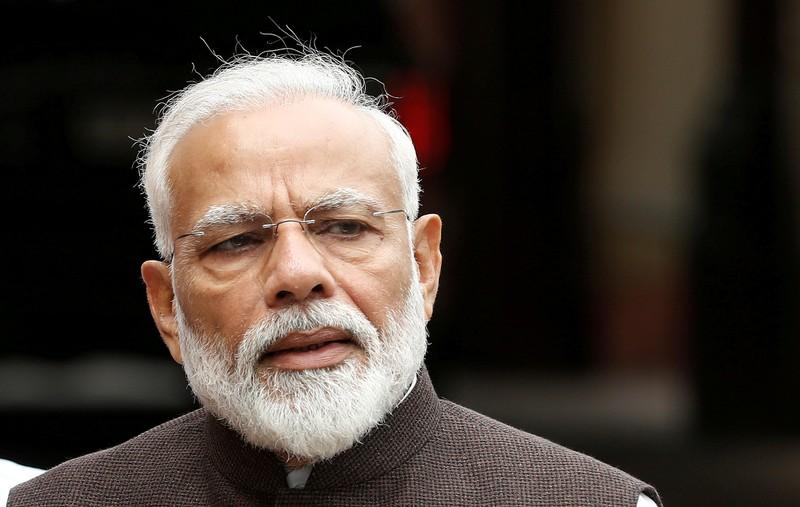 By Alexandra Ulmer and Abhirup Roy

Prime Minister Narendra Modi's government wants them to collect 17% more in direct taxes this year as New Delhi seeks to shore up revenues amid a sharp economic slowdown. The target has been maintained even though Modi recently approved a massive cut in corporate taxes, which are part of direct taxes, and warned officers not to harass businesses in their drive to collect revenue.

Over a dozen tax officials interviewed by Reuters said they are stuck between a push to meet unrealistic collection targets, which influence their appraisals and transfers, and the fear of being accused of over-zealousness if they crack down on evasion.

Critics say Modi's demands of his tax officials are symptomatic of the confusion surrounding his government's economic policies, and that the bungling has contributed to a slowdown in growth.

Twenty-two top-level tax department officers have opted for voluntary retirement so far this year and around 34 did so in 2018, according to data provided by Bhaskar Bhattacharya, vice president of the Income Tax Gazetted Officers' Association.

"Even seasoned officers after working for 25-30 years cannot take this pressure anymore," he said. "There are applications for voluntary retirement coming in one after the other despite the fact that there is no voluntary retirement or golden handshake scheme in the department."

The Central Board of Direct Taxes (CBDT) did not respond to requests for data and comment on the resignations.

The CBDT, the Finance Ministry and the Prime Minister's Office did not respond to questions about tax targets and alleged harassment by tax officials.

While only a small fraction of the tax department's few thousand senior officers have quit, several officials in the tax department said the departures provided a snapshot of broader discontent that has also led to internal transfers as well as resignations among lower-level employees.

"The level of impatience in the government has gone up ... Anyone who has any alternate option says: 'Why should we stay in the department?'" said one officer who has quit the job and plans to go tend the family farm. He said the stress had "become unbearable."

"The pressure is getting greater. To achieve our targets we are under pressure, so we do some things that we don't want to do," said another tax official in northern India.

The two men asked to remain unnamed for fear of reprisals from the government.

Unorthodox tactics being used by the department included asking companies for advance tax payments, as well as delaying refunds, other tax officials said.

India's economy grew 5% year-on-year between April and June, its weakest pace since 2013, and the slowdown could deepen, economists say. They blame the mess partly on the centralisation of power in Modi's office and lack of debate, leading to ill-conceived policy.

"Even well-meaning people find it very difficult to tell him, 'This is wrong, let's do it another way,'" said Sebastian Morris, a senior faculty member at the Indian Institute of Management, Ahmedabad, India's premier business school.

Conflicting signals on issues ranging from tax policy to the auto sector were confusing, Morris said. "It's a madhouse."

Finance Minister Nirmala Sitharaman has been touring tax offices saying that the revenue target is realistic and therefore collectors "need not overstretch."

But there is no clear definition of over-reach, so confused officers are hesitant about how to handle truant taxpayers, said Bhattacharya of the tax officers' association.

Indian businesses were complaining about sometimes high-handed tactics used by tax officers to crack down on evasion long before Modi came to power.

But it became a hot-button issue after a prominent coffee magnate committed suicide earlier this year, purportedly leaving behind a letter blaming persecution by tax officers. Tax authorities said at the time their probe was based on credible evidence of concealed transactions.

"Some black sheep in the tax administration may have misused their powers and harassed taxpayers," Modi told the Economic Times in August. "We will not tolerate this type of behaviour."

Modi's administration needs funds for flagship programmes including free cooking gas connections and toilets for poor rural Indians, popular policies that helped win him a second term in May.

But in a bid to propel growth rates higher, India cut its corporate tax rate in September to 22% from 30%, forgoing almost 1.5 trillion rupees ($21.4 billion) in revenue.

Direct tax collections have grown only 3% in the first six months of the April-March fiscal year, an official in the finance ministry said. They would have to grow by 42% from October to March to meet the target for the year, estimated Aditi Nayar, principal economist at ICRA, the Indian unit of Moody's.

Businesses and their tax consultants say they are bracing for an increase in tax notices during crunch time at the end of the fiscal year.

The government is hoping new online assessment will boost compliance. But tax workers' unions have criticized the roll-out as hasty and stressed that their offices, many housed in ageing buildings with piles of documents and slow computers, lack the infrastructure needed for the changes, according to a letter reviewed by Reuters.