Bengaluru: The Indian rupee will probably cut some of its losses against the dollar in the next year, according to strategists polled by Reuters, but it’s likely to stay weak with other emerging-market currencies until the coronavirus pandemic subsides.

The rupee’s path will largely depend on how successful the Indian government’s steps are in containing the spread of COVID-19 in a country of more than 1.3 billion people, the second-most-populous in the world.

Prime Minister Narendra Modi has ordered a 21-day national lockdown, which began on 25 March. But the government’s fiscal response so far has been modest compared with other countries: Rs 1.7 lakh crore ($22.3 billion) in direct cash transfers and food security measures. 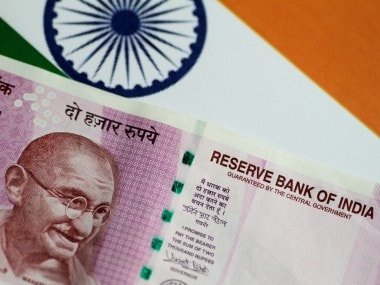 “There is further INR weakness in store before it eventually stabilizes as global calm returns once (the) COVID-19 impact peaks and global coordinated policy measures start to kick into growth, which is at a multi-year low in India,” said Madhavi Arora, lead economist, FX and rates at Edelweiss Securities.

After giving up over 7 percent since the start of the year, the rupee fell to a record low of 76.42 to the dollar on Wednesday.

The Reuters poll of market strategists and analysts taken 30 March-2 April predicted the rupee would strengthen 3.1 percent to 74.00 per U.S. dollar in a year from 76.39 on Thursday, based on the median forecast. Forecasts ranged from 71.50 to 80.00, implying a 6.4 percent rise to a 4.7 percent decline.

The latest outlook matches a wider poll of strategists, who forecast EM currencies would make up some lost ground. Most expect the U.S. dollar’s strength to remain intact over the next three months.

Of the 39 respondents polled, 17 still expected the rupee to depreciate beyond its recent record low at some point over the next year. That may be partly because India’s economy was already slowing before the coronavirus spread into a global pandemic.

It grew just 4.7 percent in the three months to the end of December from a year earlier, the slowest expansion in over six years. Growth is forecast to slow to 4 percent in the quarter just ended and then to half that rate, 2 percent, in the current one.

The Reserve Bank of India cut interest rates on 27 March by 75 basis points, its biggest cut since 2009, during the global financial crisis, to 4.40 percent. That followed 135 basis points of cuts in 2019.

Some strategists said the RBI’s interventions prevented the rupee from falling further.

“The RBI may continue to step in to prevent excessive INR depreciation but is unlikely to alter the currency’s inherent trend immediately. We will end up flowing with the emerging-markets space in the current mayhem,” said Edelweiss Securities’ Arora.