By Nidhi Verma NEW DELHI (Reuters) -Indian state refiners will buy 36% less oil from Saudi Arabia in May than normal, three sources said, in a sign of escalating tensions with Riyadh even after the Kingdom supported the idea of boosting output from OPEC and allied producers last week. 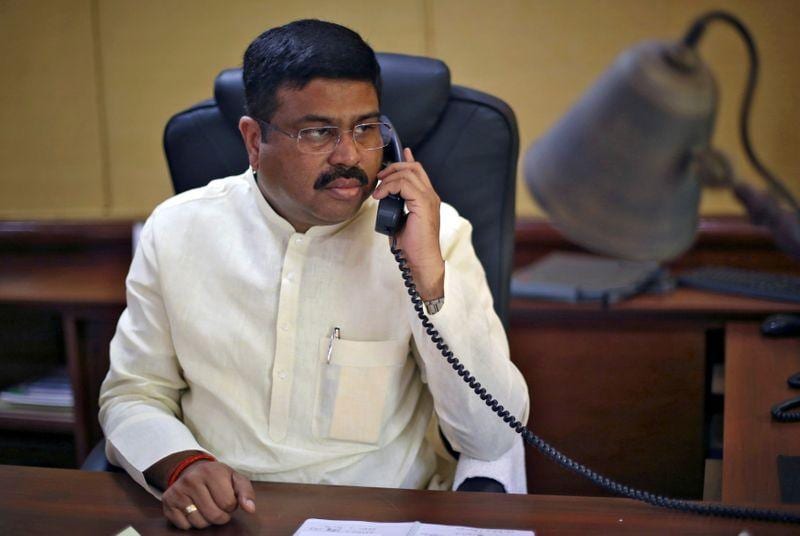 NEW DELHI (Reuters) -Indian state refiners will buy 36% less oil from Saudi Arabia in May than normal, three sources said, in a sign of escalating tensions with Riyadh even after the Kingdom supported the idea of boosting output from OPEC and allied producers last week.

New Delhi blames cuts by the Saudis and other oil producers for driving up crude prices as its economy tries to recover from the pandemic.

The decision to place nominations for less oil was taken on Monday, within two days of a telephone conversation between Indian oil minister Dharmendra Pradhan and his Saudi counterpart Prince Abdulaziz bin Salman on Saturday, three sources said.

Contents of the conversation between the two ministers is not known.

No immediate comment was available from the Indian companies, Saudi Aramco or the Saudi oil ministry.

The Organization of the Petroleum Exporting Countries and its allies, known as OPEC+, agreed on Thursday to gradually ease their oil output cuts from May, after the new U.S. administration called on Saudi Arabia, the de facto leader of the group, to keep energy affordable for consumers.

On Sunday Saudi Aramco, the state oil company of the Kingdom, raised official selling price, or OSP, of its oil for Asia while cutting it for Europe and American markets.

"We were surprised when they announced cuts for other markets while raising OSPs for Asia," said one of the sources.

Tensions between the two countries further escalated after Abdulaziz last month advised India to use the stocks of crude it bought cheaply during the price slump in 2020. Pradhan termed Abdulaziz's response as "undiplomatic".

To dial down the disagreement, Abdulaziz last week said Aramco maintained normal April oil supplies to Indian refiners while cutting volumes for other buyers and conceded that voluntary output curbs has put "Aramco in some difficulty with some of its partners".

He also said that Saudi will phase out its additional voluntary cut in stages by July.

He said even though OPEC+ has announced a slight easing of oil output cuts, they are still far below India's expectations.

SAINT-DENIS, France (Reuters) - The French stadium that hosted World Cup finals in soccer and rugby is taking on a new role in response to the COVID-19 pandemic: it is becoming a vaccination centre. Workers at the Stade de France venue were on Wednesday putting up tents for use as vaccination cubicles inside a hall in the bowels of the stadium that in pre-pandemic times was used to host conferences and VIP receptions. The Stade de France is due to host the French soccer cup final in May, the final of the domestic rugby competition in June, and a concert by U.S.

By Michel Rose PARIS (Reuters) - French President Emmanuel Macron is to address the nation on Wednesday and is expected to announce that schools will close in April as he seeks to change the course of a third wave of COVID-19 infections that risk overwhelming hospitals. A government official said an extension of the April school holidays was an option