MUMBAI/BENGALURU (Reuters) - Two top Indian private-sector lenders on Tuesday signalled stress in their loan books as the banks grapple with the worst economic slowdown in years that has increased bad loans across the sector. 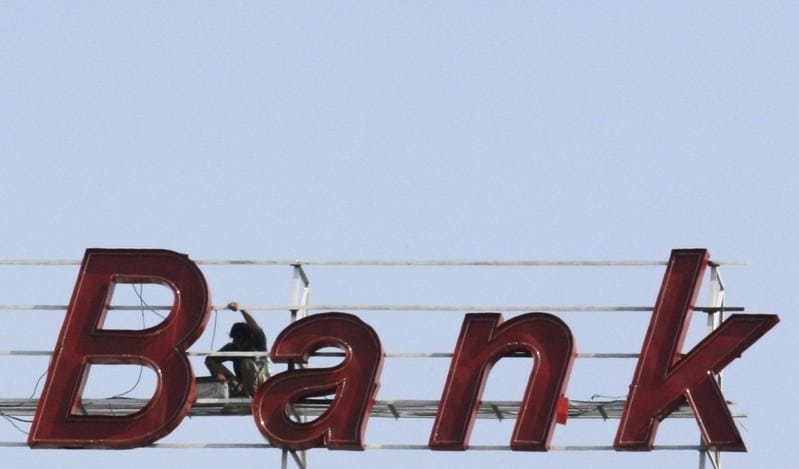 MUMBAI/BENGALURU (Reuters) - Two top Indian private-sector lenders on Tuesday signalled stress in their loan books as the banks grapple with the worst economic slowdown in years that has increased bad loans across the sector.

"We have enough capital, but we are seeing the economic environment go down rather than up," Axis Bank Chief Executive Officer Amitabh Chaudhry told reporters at a news conference.

Indian banks, already saddled with nearly $150 billion in bad loans, are struggling to grow their lending activity as a slowdown in domestic consumption weighs on demand for credit.

The country's economy expanded at just 5% in April-June, while credit growth at Indian banks dropped to the lowest level in nearly two years at end-September.

The bank said it was seeing credit growth in most sectors, except in corporates.

Gross bad loans as a percentage of total loans at the bank, a measure of asset quality, ticked up to 2.32% at the end of the September quarter, from 2.15% a year earlier and 2.19% in the second quarter.

Axis Bank, however, showed slight improvement in its balance sheet. Gross bad loans as a percentage of total loans eased to 5.03% by the end of September, compared with 5.25% in the previous quarter and 5.96% during the same period last year.

Both banks reported a rise in the money they set aside to meet future losses. Provisions and contingencies at Kotak increased 15%, while provisions for bad loans rose 0.6% at Axis.

Even as lending remains under pressure, Kotak reported a better-than-expected quarterly profit on the back of higher interest income.

Axis reported a surprise quarterly loss due to a one-time tax charge. Excluding the charge, the lender would have reported a profit.

(Reporting by Chris Thomas and Philip George in Bengaluru; Swati Bhat and Nupur Anand in Mumbai; editing by Sriraj Kalluvila and Maju Samuel)