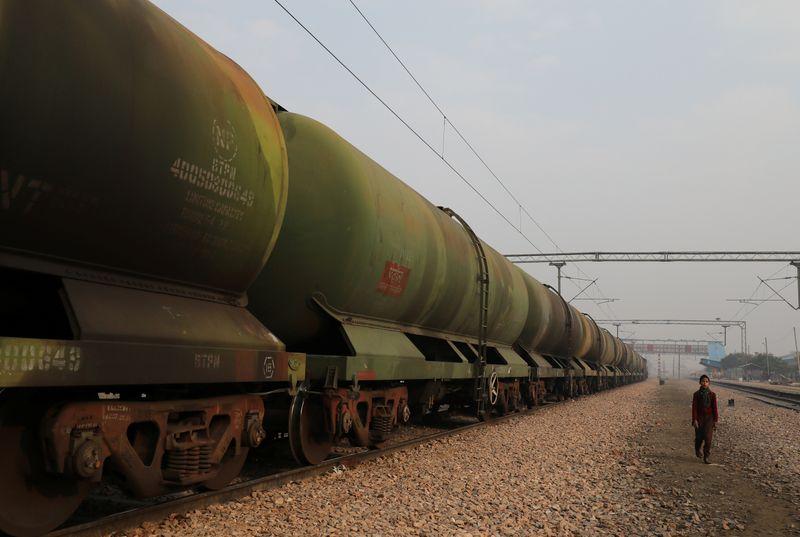 India, the world's third largest oil consumer, bought about 390,400 barrels per day (bpd) of Latin American oil during November, or 9.1% of the country's total imports, down from 12% in October, the data from shipping and industry sources showed.

"Freight rates peaked in October 2019 and that prompted refiners to go for short-haul crude like from the Middle East," Ehsan Ul Haq, an analyst with Refinitiv, said.

Freight rates surged in October after nearly 300 oil tankers globally were placed off limit by oil firms and traders for fear of violating U.S. sanctions against Iran and Venezuela.

Middle Eastern oil accounted for 68% of India's imports in November, up from 57% in October, the data showed, with Saudi Arabia regaining its status as top supplier a month after losing it to Iraq. Africa's share fell to 13% from 16.5%.

Overall, India imported about 4.28 million bpd in November, down 6% from October and 1.2% higher than a year earlier, the data from shipping and industry sources showed.

The sources declined to be identified as they were not authorised to speak with the media.

India's imports from Latin America declined as refiners restricted purchases from Venezuela to 182,000 bpd, the lowest since April 2012, according to data compiled by Reuters.

Since the United States imposed sanctions on Venezuelan state-run oil firm PDVSA in January to oust socialist President Nicolas Maduro, the OPEC member has struggled to find customers and tankers for its oil.

The high-sulphur fuels market has come under pressure as focus and demand gradually shifts to lower-sulphur alternatives before a 2020 deadline for the shipping industry to use cleaner fuel.

"Fuel oil cracks were very low and no body wanted to have heavier crudes from Latin America. As an alternative to Venezuela and Mexican oil, the best nearby options are Saudi and Iraq," said Haq.