NEW YORK (Reuters) - India wants to comply with global sanctions, including U.S. sanctions on Venezuela and Russia, but also needs to maintain its own strength and strategic interests, Finance Minister Nirmala Sitharaman said in an interview on Tuesday. The United States in January imposed the toughest sanctions yet on Venezuela's oil industry 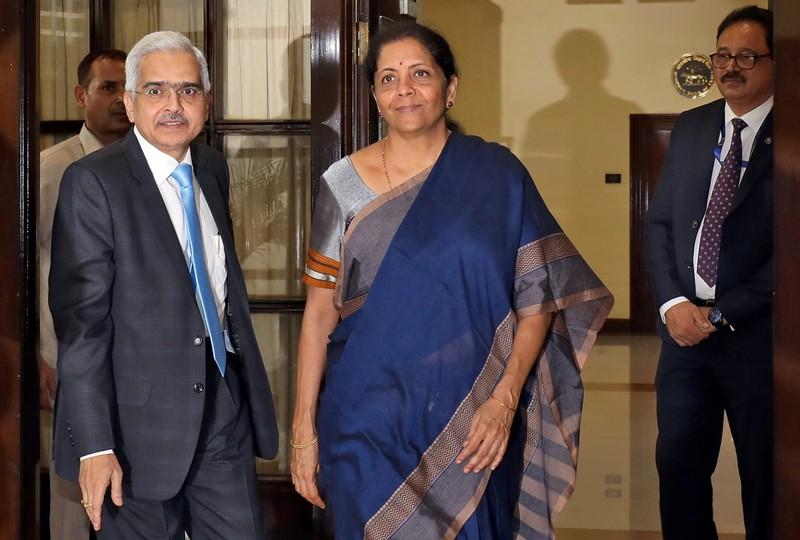 NEW YORK (Reuters) - India wants to comply with global sanctions, including U.S. sanctions on Venezuela and Russia, but also needs to maintain its own strength and strategic interests, Finance Minister Nirmala Sitharaman said in an interview on Tuesday.

The United States in January imposed the toughest sanctions yet on Venezuela's oil industry. The move has scared away some global customers, but with few alternative suppliers of heavy oil, Indian refiner Reliance Industries Ltd

Sitharaman said the Indian government has expressed its view to the United States.

"We value the strong partnership with the USA, but we should equally be allowed to be a strong economy."

The International Monetary Fund earlier on Tuesday lowered its outlook for Indian growth in 2019, citing weaker-than-expected domestic demand. The U.S.-China trade war will cut 2019 global growth to its slowest pace since the 2008/09 financial crisis, the IMF said.

India's gross domestic product grew at its weakest pace since 2013 between April and June, stoking expectations of further stimulus.

"Global headwinds ... are getting stronger by the day," Sitharaman said. Asked about further fiscal stimulus, she said: "I have not closed the door" on that.

New Delhi has been trying to boost domestic growth through an infrastructure package and a new loan programme organised with the banking sector that has doled out loans worth over 80,000 crore (8.7 billion pounds), she said.

The finance minister defended the government's controversial actions in Jammu and Kashmir in August. India stripped the Muslim-majority portion of the state, which is claimed by both India and Pakistan, of autonomy on Aug. 5. Since then the government has shut off phone networks, imposed curfew-like restrictions in some areas, and arrested thousands, including hundreds of local politicians.

The removal of the constitutional article that granted special status to Jammu and Kashmir will boost the region and the country's economic potential, she said.

Human rights groups say the crackdown is spreading fear among the local population. For decades before India's recent actions, women, scheduled castes, and nomadic tribes were denied human rights in Kashmir, Sitharaman said. "Where was the global community's human rights concern at that time?"