By Caroline Valetkevitch NEW YORK (Reuters) - U.S. stocks fell on Thursday, led down by technology heavyweights, after reports of new coronavirus cases in China and other countries intensified fears over its spread and impact on the global economy 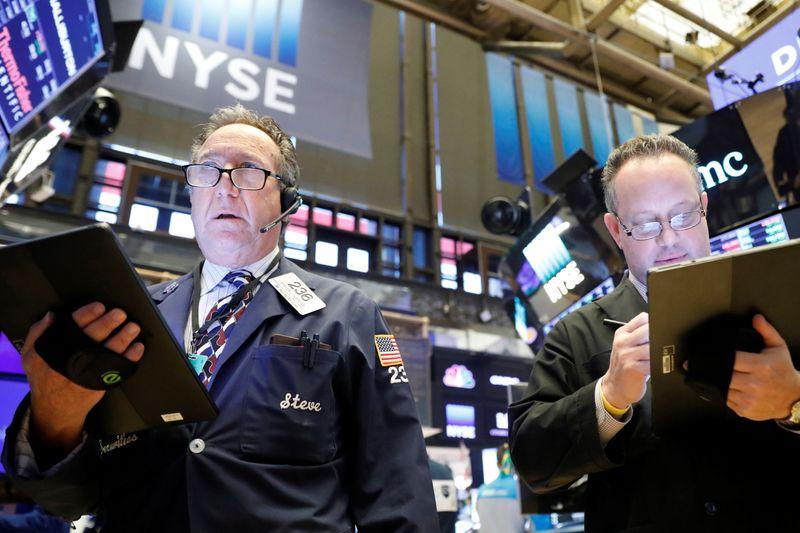 NEW YORK (Reuters) - U.S. stocks fell on Thursday, led down by technology heavyweights, after reports of new coronavirus cases in China and other countries intensified fears over its spread and impact on the global economy.

Investors were unnerved by a quick, sharp drop in indexes in late morning trade, with some traders attributing the move to a Global Times report that a central Beijing hospital had reported 36 new cases. This raised worries about a potential explosion of infections in the capital.

"The overlying question is the uncertainty over the coronavirus and whether it's going to spread further and impact global economic activity before things stabilize and ultimately get better," said Michael Sheldon, executive director and CIO at RDM Financial Group at Hightower in Westport, Connecticut.

He said investors were taking profits in some of the better-performing technology names.

Recent policy easing by China, a largely better-than-expected fourth-quarter earnings season and hopes that the economic jolt from the coronavirus will be short-lived have pushed Wall Street's main indexes to new highs in recent weeks.

In other corporate news, ViacomCBS Inc

Advancing issues outnumbered declining ones on the NYSE by a 1.32-to-1 ratio; on Nasdaq, a 1.06-to-1 ratio favored advancers.