Mumbai: Massive erosion of wealth due to poor performance leading to frequent rating downgrades has forced irate shareholders of the Anil Ambani Group companies to complain against the management and threaten to file a class action suit.

Speaking at the AMG of Reliance Power on Monday, a shareholder even threatened to make history by filing the country's first class action suit against the group companies, if the issues he raised are not addressed in the next two-three months. The shareholder, who claimed to be a corporate lawyer from the city, also said he has lost over 90 percent of the value of over Rs 3 crore investment in three of the seven Reliance Group companies.

He was particularly peeved at group chairman Anil Ambani pledging over 80 percent of his holdings in the company, blaming him for bad signalling. The shareholder said he will marshal 10 percent shareholders to launch the country's maiden class-action suit, in which a group of complainants sues a defendant or a number of defendants on behalf of a group, or class, of absent parties. 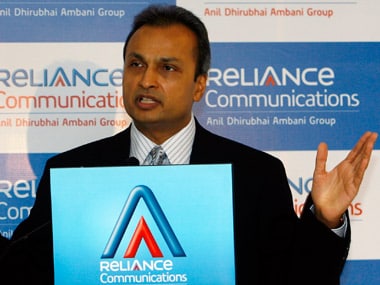 The Companies Act 2013 has a section that enables interested parties to file class-action suits. But so far no case has been filed under this provision. In the West, it is a common practice.

"If I do not get satisfactory replies to my questions, in the next two-three months I will file a class action suit against RPower," the shareholder warned Ambani. He claimed to have invested over Rs 3 crore in the three group companies since 2005 and today the value of his shares is only a fraction of that.

"It is my hard-earned money which I have put in the company and your decision of pledging over 80 percent of promoter holdings since 2014 till date has destroyed me," the shareholder said.

It can be noted that as of Monday, the seven publicly traded Anil Ambani Group companies had a combined market value of a paltry Rs 18,525.62 crore, of which close to Rs 16,000 crore are of Reliance Nippon AMC alone.

Anil Ambani, at the Reliance Cap AGM says that the group has repaid over rs 35,000 cr in 14 months till May 2019; Nippon Life Deal created infinite rate of return on Rel Cap’s investment; amount has been exclusively used for debt reduction to make co stronger pic.twitter.com/rV3MjWGFco

The shareholder also questioned the rationale for paying 13.9 percent interest on borrowings through bond raising even as one the company claimed to have reserves of over Rs 15,300 crore. On the promoter pledging, he also wondered if any of the money so raised by the Ambani family has been ploughed into any of the group companies.

Ambani, chairing the meeting, sat patiently on the dais as the shareholder launched the scathing attack.

Company officials tried to stop him citing rules that prohibit a speaker from taking longer, but Ambani allowed him to continue.

The shareholder frequently found support from fellow shareholders in his 15-minute speech but was also shouted down by a few.

The shareholder was peeved at the rating downgrades, claiming that he lost Rs 37 lakh of his portfolio in a single episode of a downgrade by Care Ratings recently. He also wondered how the company could not pay on borrowing of Rs 63 lakh from a bank despite sitting on a huge pile of cash and instead chose to take the ignominy of recognition as a defaulter.

The angry shareholder found support in two others. The first of his supporters said Ambani should give a clear picture of the status of the firm and maintain utmost transparency. The second wondered why despite taking over RPower's city distribution business in the financial capital, Adani Transmission has a market capitalisation of Rs 15,000 crore even as RPower, which is still holding on to the same business in Delhi, is still valued at under Rs 700 crore.

In his reply to the shareholders, Ambani said, "we will look at all the suggestions made and the issues raised we will deeply think about the issues and will do our best to address some of them," Ambani added.

The Reliance Power AGM was third along the six AGMs held by group companies on Monday.

Even though the fortunes at the bourses of the first two companies—Reliance Capital and Reliance Infra—are not so good, no shareholder voiced any particular concerns at those AGMs. Distraught shareholders also raised concerns in the RCom's AGM and sought clarity from the resolution professional who was chairing the meeting.