WASHINGTON (Reuters) - The impact of the global coronavirus pandemic will be 'quite severe,' but a long expansionary period and high employment rates mean the global economy should weather the current shock, a top International Monetary Fund official said on Friday. 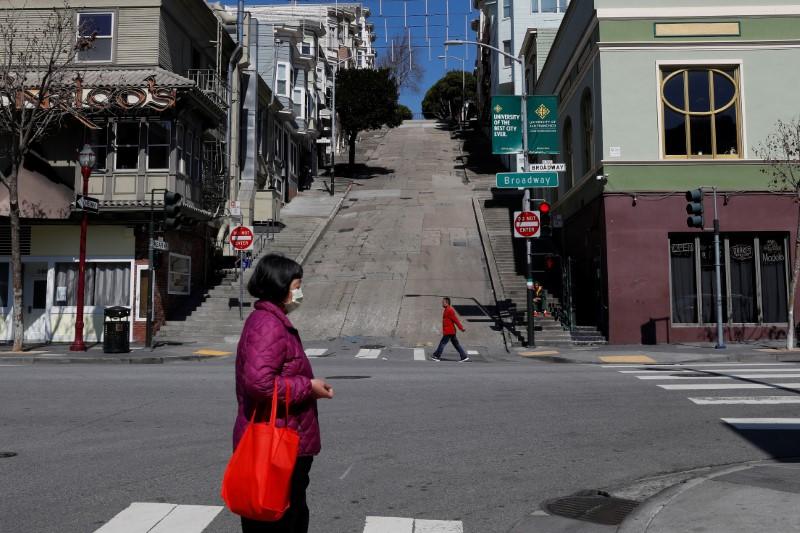 WASHINGTON (Reuters) - The impact of the global coronavirus

pandemic will be "quite severe," but a long expansionary period and high employment rates mean the global economy should weather the current shock, a top International Monetary Fund official said on Friday.

Martin Muehleisen, who heads the IMF's strategy policy and review department, said in an IMF podcast that the main goal for governments should be to limit the spread of the virus in a way that provides confidence that the economic shock will be temporary.

He said banks and governments had already taken unprecedented measures to provide liquidity to markets and keep them functioning, "maybe more than we needed," but such steps should be coordinated internationally to amplify their effect.

"The better organised and the more coordinated the health responses to this crisis, the more quickly it may be possible that confidence returns," he said.

Leaders of the Group of Seven rich nations last week said they would do "whatever it takes" to respond to the outbreak, but provided no specifics, which left markets unsettled.

Leaders of the world's 20 major economies (G20) will hold a virtual summit next week, but divisions within the group dim hopes for strong coordinated action, experts say.

The virus has infected more than 254,700 people around the world and killed 10,451. Efforts to contain the spread of the disease have resulted in severe shocks to both supply and demand around the world, rippling through to the financial sector.

Muehleisen said financial institutions were more resilient than before the global financial crisis of 2008-2009, and steady growth and high employment rates should create some buffers.

"In that sense the crisis has come at a time where hopefully we are prepared for this kind of shock," he said, although the impact would still be "quite severe."

Muehleisen said the IMF was working to address the crisis through zero- and low-interest rate loans and grants, and was ready to help emerging markets deal with sharp capital outflows.

Commodity prices, especially the sharp drop in oil prices, posed a further challenge for many countries, while aiding those countries that imported commodities, he said.

However, he said the crisis highlighted the need for both governments and the private sector to have sufficient buffers, which meant the IMF would continue to look at high debt levels.

"It's important that countries act responsibly, and that we keep room to respond if there is indeed a need for a public policy response to the degree that is happening at the moment," he added.