New Delhi: In a case of fraudulent trading by bogus entities through several brokerage houses, ICICI Securities has settled charges of alleged violation of stock broker norms without admission or denial of any wrongdoing with markets regulator SEBI.

ICICI Securities has settled the case by paying over Rs 28 lakh towards settlement charges, the Securities and Exchange Board of India (SEBI) said in a settlement order.

Another brokerage house, Angel Broking, has approached the regulator for the settlement of the case.

"We have made a proposal for settlement with SEBI and it is in a pending consideration. We cannot divulge more than this at this stage but it is proper that we assert that we are a whistle-blower and victim," a spokesperson of Angel Broking told PTI.

Edelweiss Broking spokesperson said, "Along with other brokers, we have received an enquiry from SEBI to which we have responded. We have asked SEBI for additional documents which we are waiting."

However, other brokerage houses allegedly involved in the matter did not comment immediately on whether they also have plans for such settlement.

The other bogus entities dealt through leading brokerage houses including Aditya Birla Money, Edelweiss Broking, Angel Broking, and Arihant Capital and sub-broker P Babulal & Co, according to showcause notices issued by the markets watchdog to these bogus entities in 2017.' 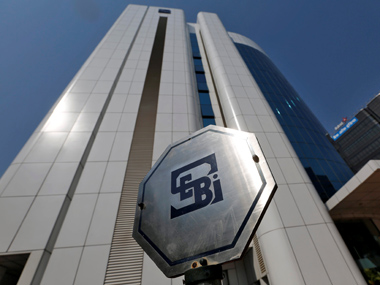 However, these notices remain unserved and were therefore made public by SEBI in September 2019.

The matter pertains to an investigation carried out by the markets watchdog after reports which alleged dematerialisation and selling of shares of dormant accounts using forged documents by certain entities.

The probe found that physical share certificates of scrips of 14 listed companies were fraudulently acquired in the names of 26 non-existing bogus entities and then dematted in fraudulently opened demat accounts of these entities having different addresses, but similar looking photographs at different points of time.

Out of these 26 non-existing bogus entities, two entities dealt through ICICI Securities.

According to the notice, more than 3.56 lakh shares of 14 listed companies were acquired in the name of 26 entities through transfer of physical shares and subsequent demat of scrips in the accounts of these entities. The market value of these shares was Rs 4.6 crore.

Several existing entities, who dealt in the off-market with these 26 non-existing bogus entities, and various stock brokers including Angel Broking were called for recording their statements to the regulator.

On the basis of deposition of such entities it was revealed that Arvind Babulal Goyal, managing director of Global Securities, was the mastermind in the matter and these 26 non-existing entities and various existing entities were brought only as front entities and their accounts and dealings were being operated by Goyal only, SEBI had said in the notice.

In fact, the accounts of the off-market existing entities were also opened only on the insistence and assistance of Goyal, the notice had said

According to SEBI, these bogus entities had defrauded original and genuine shareholders by not only fraudulently using the fake accounts but also by using the systems at the offices of registrar and transfer agents, depository participants and stock brokers.

Besides, it was alleged that there was lack of diligence on part of brokerage houses in dealing with them.

Pending adjudication proceedings, ICICI Securities filed a settlement application with the regulator "without admitting the findings of fact and conclusions of law".

After ICICI filed settlement application,SEBI's high-powered advisory committee recommended the case for settlement on payment of Rs 28.68 lakh. This was also approved by SEBI's panel of whole-time members, following which ICICI Securities remitted the amount.

Accordingly, the regulator ordered that the "enforcement proceedings for the alleged default ...are settled".

However, it said that enforcement actions, including commencing or reopening of the proceedings, could be initiated if any representation made by it is found to be untrue.