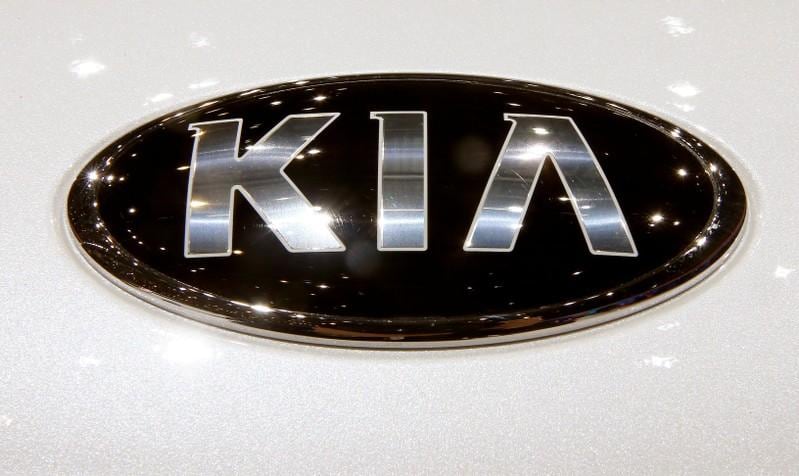 WASHINGTON (Reuters) - Hyundai Motor Co <005380.KS> and affiliate Kia Motors Corp <000270.KS> said on Wednesday they will recall about 168,000 U.S. vehicles at risk of fuel leaks, after recalling them in 2017 for engine fire risks, and will offer software upgrades for 3.7 million vehicles.

A high-pressure fuel pipe may have been damaged or improperly installed as part of an engine replacement during the prior recall, and that the installation could increase the risk of fire, the companies said.

The Korean automakers said they would offer a software update to about 3.7 million U.S. vehicles to protect them from internal damage and new extended warranties for engine issues. The "knock sensor" software detects vibrations indicating the onset of excessive wear on the connecting rod bearing.

Kia said that 20 percent of the vehicles involved have already received the update.

Hyundai said it was not aware that any fires were caused by the latest recall issue, while Kia did not say if it knew of any fires.

In May 2017, the National Highway Traffic Safety Administration (NHTSA) opened a formal investigation into the recalls of nearly 1.7 million Hyundai and Kia vehicles over engine defects.

In November 2018, Reuters reported that federal prosecutors had launched a criminal investigation into Korean auto affiliates Hyundai and Kia https://reut.rs/2VVMwYm to determine if vehicle recalls linked to engine defects were conducted properly, citing a person with knowledge of the matter and documents. The companies declined to comment.

A South Korean whistleblower in 2016 reported concerns to NHTSA, which has been probing the timeliness of three U.S. recalls and whether they covered enough vehicles.

In 2015, Hyundai recalled 470,000 U.S. Sonata sedans, saying engine failure would result in a vehicle stall, increasing the risk of a crash. At the time, Kia did not recall its vehicles, which share the same “Theta II” engines.

On the same day, Kia also recalled 618,000 Optima, Sorento and Sportage vehicles - all of which use the same engine.

The recall, which was also conducted in Canada and South Korea, cost the automakers an estimated 360 billion won ($319.30 million). The nonprofit Center for Auto Safety in October called for the immediate recall of another 2.9 million Hyundai and Kia vehicles over engine fire risks.

A NHTSA spokeswoman declined to comment because of the partial U.S. government shutdown. The auto safety agency is not reviewing recall submissions or posting new recall campaigns on its website.