(Reuters) - Hyundai Motor Co has named Jose Munoz - previously seen as an ally of Nissan Motor's ousted chairman Carlos Ghosn and his potential successor as CEO - as global chief operating officer and head of operations in the Americas. 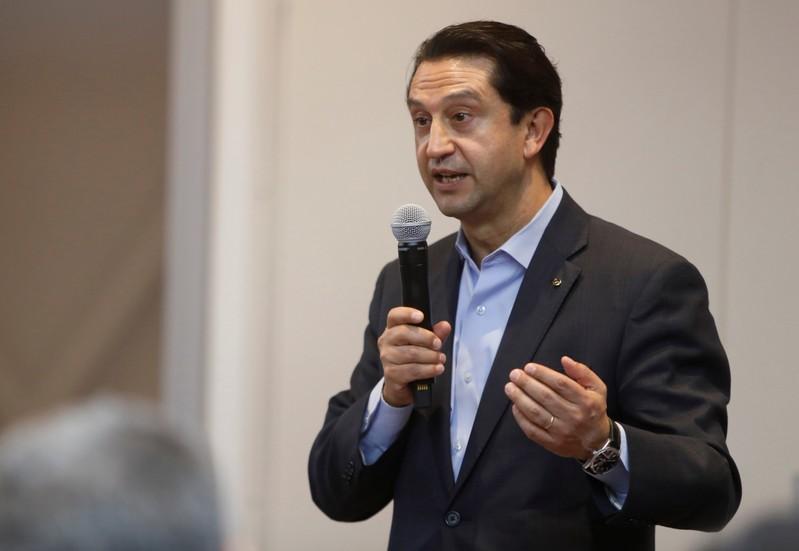 (Reuters) - Hyundai Motor Co has named Jose Munoz - previously seen as an ally of Nissan Motor's ousted chairman Carlos Ghosn and his potential successor as CEO - as global chief operating officer and head of operations in the Americas.

Munoz was cited as a "person of interest" in Nissan's widening internal investigation into corporate governance following Ghosn's arrest on suspicion of financial misconduct. Ghosn denies wrongdoing while Munoz has not commented publicly on the matter.

Munoz resigned from Nissan in January having been chief performance officer and head of the Japanese automaker's China operations. He previously oversaw Nissan's North American operations.

The appointment marks the latest management shake-up at Hyundai's U.S. operations as the South Korean automaker pushes to rejuvenate sales in the world's second-biggest auto market and grapples with a widening probe into its vehicle recalls.

Munoz will take over from William Lee, who has been in charge of Hyundai's North America business since June. From May 1, he will effectively assume two newly created positions - Global Chief Operating Officer and Head of Hyundai Motor Americas Region.

"(Munoz's) focus will be to deliver profitable growth and to improve overall performance of Hyundai Motor," the company said in a statement issued on Thursday in the United States.

He will be based in California and report to "top leadership" in Seoul, Hyundai said.

The appointment marks the latest foreign executive to be brought in to an automaker dominated by South Korean lifers, under group heir-apparent and Executive Vice Chairman Euisun Chung.

Munoz, 53, joined Nissan in 2004 in Europe and led its expansion in North America after the global financial crisis. Since then, Nissan has raised its market share in the United States and posted record sales.

Hyundai was an outperformer during the 2009 global economic downturn but has seen its market share slip in recent years, hit by its delayed response to growing sport utility vehicle demand.

The automaker has been recovering slowly, with its U.S. sales rising 2 percent in January-March period from a year prior.

(Reporting by Hyunjoo Jin in SEOUL and Sanjana Shivdas in BENGALURU; Editing by Christopher Cushing)