HONG KONG (Reuters) - Hong Kong sank into recession for the first time in a decade in the third quarter, government data confirmed on Friday, weighed down by increasingly violent anti-government protests and the escalating U.S.-China trade war. The economy shrank by 3.2% in July-September from the previous quarter on a seasonally adjusted basis, revised government data showed, in line with a preliminary reading. 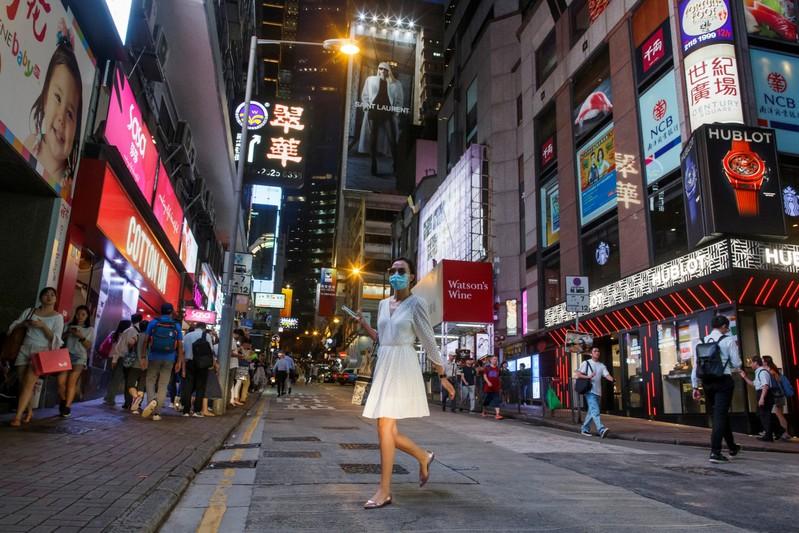 HONG KONG (Reuters) - Hong Kong sank into recession for the first time in a decade in the third quarter, government data confirmed on Friday, weighed down by increasingly violent anti-government protests and the escalating U.S.-China trade war.

The economy shrank by 3.2% in July-September from the previous quarter on a seasonally adjusted basis, revised government data showed, in line with a preliminary reading.

With no end to the protests in sight, analysts warn the financial and trading centre potentially faces a longer and deeper slump than during the global financial crisis in 2008/2009 and the SARS epidemic in 2003.

From a year earlier, the economy contracted 2.9%, also in line with the preliminary reading. The readings were the weakest since the global crisis.

"Domestic demand worsened significantly in the third quarter, as the local social incidents took a heavy toll on consumption-related activities and subdued economic prospects weighed on consumption and investment sentiment," the government said in a statement.

It revised down its forecast for full-year growth to a contraction of 1.3% versus an earlier estimate of 0-1% growth. That would mark the first annual decline since 2009.

"Ending violence and restoring calm are pivotal to the recovery of the economy. The government will continue to closely monitor the situation and introduce measures as necessary to support enterprises and safeguard," the government said.

More than five months of political protests have plunged the city into its worst crisis since it reverted from British to Chinese rule in 1997.

Tourists are cancelling bookings, retailers are reeling from a sharp drop in sales and the stock market <.HSI> is faltering, adding to pressure the city is feeling from China's economic slowdown and the prolonged Sino-U.S. trade dispute.

August retail sales were the worst on record - down 23% from a year earlier - while September's plunged 18.3%.

Parts of the city were paralyzed for a fifth day on Friday. Transportation disruptions have become common and some shopping malls and other businesses are shuttering early as the unrest escalates.

Hong Kong is one of the world's most important financial hubs with total banking, fund and wealth management assets worth more than $6 trillion.

Many businesses with ambitions to expand in China still consider it as a gateway into the mainland, while Chinese firms use it to access international capital, as well as a testing ground and springboard for their global ambitions.

Business activity in the private sector fell to its weakest in 21 years in October, according to IHS Markit, while demand from mainland China declined at the sharpest pace in the survey's history - which started in July 1998.

The government has rolled out stimulus measures since August, but since it is forced to keep a high level of reserves to back the Hong Kong dollar peg to the U.S. dollar, the packages have been relatively small.

Analysts also doubt the effectiveness of handouts, since the uncertainty prevents businesses and consumers from spending and investing, and store closures will lead to job losses.