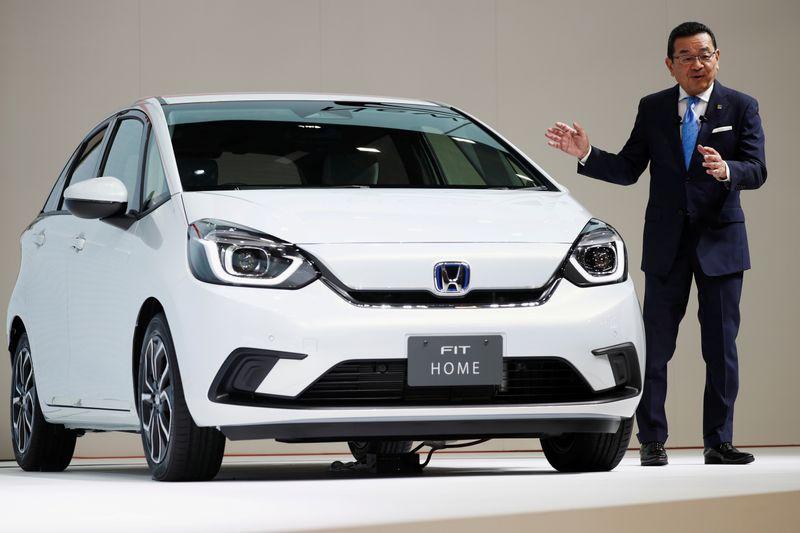 By Norihiko Shirouzu and Naomi Tajitsu

At the Hotel Higashinihon in Utsunomiya, Hachigo told them the Japanese automaker was facing a crisis after a string of costly recalls and other quality blunders and it needed to plot a new course, according to two people who attended the meeting.

Since then, Hachigo has been quietly working on reforms to centralise decision-making by bringing Honda's standalone research & development (R&D) division in-house and cutting some senior management roles, according to three Honda insiders.

Expected to be announced early next year, the reforms are meant to simplify the way Honda designs cars and put its engineering resources to more effective use at a time when it needs to develop cars for an electric age, the sources said.

"Decades ago, localisation ... was the buzz word and our tech centre independence was a key driver for innovation," said a former Honda executive who now is the head of one of its suppliers. "Those days are over."

The sources said Hachigo was poised to integrate Honda R&D Co Ltd into Honda Motor Co Ltd so its technicians work more closely with key departments such as purchasing, manufacturing, quality assurance, and sales and marketing.

"Honda believes strengthening the automotive business and reforming it in preparation for the arrival of next-generation mobility technologies are our most critical management tasks. This is a priority," a Honda spokeswoman said in response to questions about the plans.

In the 1980s and much of the 1990s, the name Honda struck terror into the hearts of executives at the big three U.S. carmakers in Detroit because they simply couldn't match its low-cost, efficient, well-built cars.

But after a slew of recalls since 2014 for problems with components such as airbags, sliding doors and engines, Honda's status as a benchmark for quality and efficiency has been seriously damaged - and the quality crisis is hitting profits.

According to five Honda insiders, quality blunders have helped squeeze the operating margin at its global automotive business to 2%-3% - giving it less room for manoeuvre just as bigger rivals are building partnerships and overhauling their operations to become stronger.

That's in stark contrast to Honda's motorcycle business which has already brought its R&D division in-house and has a margin of 13.9%.

In J.D. Power's study of vehicle dependability in the United States, one of Honda's two main auto markets along with China, the Japanese brand fell to 18th place this year from 5th in 2015 and 4th in 2002, its highest ranking.

"These moves we're making today will decide our eventual fate: whether we're going to be in business as an independent player 10 to 15 years from now," a Honda source told Reuters.

(For an interactive graphic on Honda's automobile operations: https://fingfx.thomsonreuters.com/gfx/editorcharts/HONDA-QUALITY/0H001QXMY9QR/index.html)

A senior engineer at a technical centre north of Tokyo in Utsunomiya, where Honda does much of its development, said the root of the problem was the "crazy complexity" of its vehicle range and all the associated engineering processes.

"Quality is acting up," the engineer said. "Honda has created too many regional models, in addition to an array of types, options and derivatives for its global models."

"All that's eating up our profit."

In the United States, for example, Honda's 2020 Accord sedan comes in 13 versions, including three hybrids. GM's rival Malibu has five, though it doesn't have hybrid models.

At the two-day meeting in Utsunomiya, Hachigo and his procurement managers told suppliers to help Honda slash its range of cars and dumb down model types and options.

They called on suppliers to use more common parts, from engines and transmissions to door handles, rear view mirrors and even knobs and switches, according to two people who attended the meeting and slides Honda used in presentations.

Honda's problems stem largely from an aggressive expansion before Hachigo took over in 2015. In addition to so-called global models such as the Civic, Accord and CR-V sports-utility vehicle (SUV), Honda developed a host of regional models which now account for 40% of its global car sales.

They include the Crider sedan in China, the Brio and the Mobilio in southeast Asia, the WR-V in Latin America, which is also now sold in India, the Pilot SUV in the United States and the N-series of micro-minis in Japan.

Its global models, which account for 60% of sales, come with an array of equipment options and vehicle trims that Hachigo, an engineer by training who has worked at Honda since 1982, has called unnecessary product derivatives.

The explosion in the number of regional models had an unintended consequence: the engineering became more complex and the elevated workload led to lapses in quality and costly recalls, two company sources said.

Even though the impact of the Takata airbag crisis had largely subsided by 2017, Honda still put aside 520 billion yen (3.7 billion pounds) in the 12 months through March 2017 for product warranties and over 450 billion in each of the past two years.

In the four years before the Takata debacle, warranty provisions ranged from 171 billion to 274 billion yen, before surging to 727 billion in the year ending March 2016.

In 2018, for example, Honda recalled about 600,000 cars in China because sludge was collecting in the engines of six models when driven in cold weather while the sliding doors on its U.S. Odyssey minivans started opening while the vehicles were moving.

(For an interactive graphic on Honda's car troubles: https://fingfx.thomsonreuters.com/gfx/editorcharts/HONDA-QUALITY/0H001QXMC9NZ/index.html)

'BACK TO THE MOTHERSHIP'

Hachigo flagged some of the issues at a news conference in May, saying he wanted to eliminate two-thirds of derivative products on global models by 2025 and wean Honda off its tendency to go overboard by creating colours, model types and options specific to different regions.

He said he was aiming to cut engineers' workloads by about a third to free up time and resources for Honda's technical divisions to research technologies for the cars of the future.

What Hachigo and senior Honda officials haven't discussed publicly are the planned structural reforms to help its quality and efficiency drive - and the main target is its R&D division, three company sources said.

"In many ways, Honda's tech companies behave much like university labs, and that was fine in years past," the former Honda executive and supplier said.

By putting decision-makers in Honda's Tokyo headquarters, the hope is that the R&D division will deploy capital and human resources more economically.

Honda's R&D and engineering units are expected to spend 860 billion yen this financial year, or 5.5% of expected revenue. Toyota, whose revenue is double, is expected to spend 1.1 trillion yen, or 3.7% of its global revenue, on technology.

Two company sources said Hachigo plans to eliminate the top management roles at Honda R&D and will probably turn some into divisional managers within Honda Motor.

One source said the aim was: "to centralise the company's fragmented, localised decision-making power back at the mothership in Tokyo."

According to the engineer, Honda has also introduced an internal quality target to cut global recalls by two-thirds in the next few years from a crisis level of 6 million in 2017.

It was clear at the two-day suppliers' powwow that Hachigo meant business.

Without naming names, Honda executives discussed exemplary product development projects - and bad ones - so lessons could be learned. It was fairly obvious within Honda's small community of suppliers who was being singled out and they weren't happy, said one supplier at the meeting.

So much so that some skipped golf on day two.

(Reporting by Norihiko Shirouzu in Utsunomiya and Tokyo and Naomi Tajitsu in Tokyo; Editing by David Clarke)