By Naomi Tajitsu and Sam Nussey TOKYO (Reuters) - Honda Motor and Hino Motors are joining a venture of SoftBank Corp and Toyota Motor that will develop self-driving car services in Japan, as alliances between automakers and tech firms broaden. Under an agreement, Honda and truck maker Hino, in which Toyota owns a majority stake, would each invest around 250 million yen ($2.27 million) in the joint venture, Monet Technologies, and take 10 percent stakes in the venture, Monet said on Thursday 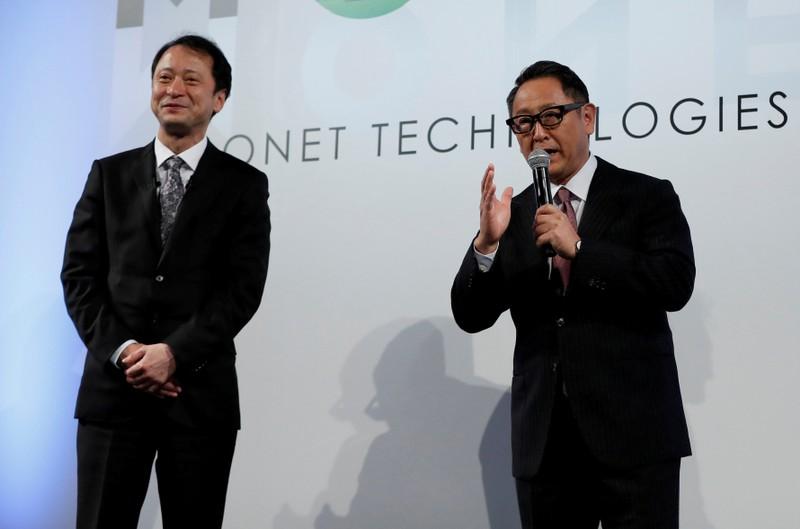 By Naomi Tajitsu and Sam Nussey

TOKYO (Reuters) - Honda Motor and Hino Motors are joining a venture of SoftBank Corp and Toyota Motor that will develop self-driving car services in Japan, as alliances between automakers and tech firms broaden.

Under an agreement, Honda and truck maker Hino, in which Toyota owns a majority stake, would each invest around 250 million yen ($2.27 million) in the joint venture, Monet Technologies, and take 10 percent stakes in the venture, Monet said on Thursday.

Tech conglomerate SoftBank Group Corp's domestic telco and Toyota formed the venture last year. It will foray in the ride-sharing sphere that is dominated by startups such as Uber, Didi Chuxing and Lyft.

Honda and Hino's participation in the venture highlights the challenges facing automakers in developing new transportation services as the rise of self-driving cars could threaten vehicle sales in the future with users seen opting for pay-per-use services over car ownership.

It is also the latest example in the growing trend of consolidation among automakers and technology and communications companies as they grapple with the massive investment and software expertise required to develop new services for which demand has yet to be tested.

"The more automakers we can get to join the partnership, the smarter we can make our platform," Junichi Miyakawa, chief executive of Monet and chief technology officer of SoftBank Corp said at an event to promote the venture.

The new investment from Honda and Hino would leave SoftBank with a 40.2 percent stake in Monet, down from just over 50 percent when the venture was formed. Toyota will hold a 39.8 percent stake.

With the participation of Honda and Hino, "the auto world has taken a big step towards openness", he said at the event.

Honda's investment in Monet will be its latest in new mobility services after it invested $2.75 billion for a 5.7 percent stake in General Motors Co's Cruise self-driving vehicle unit last year.

The Japanese automaker, which has lagged many of its rivals in developing self-driving cars, is also an investor in Southeast Asian ride-hailing service Grab. SoftBank also invests in Cruise and Grab.

The latest investment in Monet values the venture at just $22.7 million, for now making it a miniscule player compared with Cruise, which is valued at around $15 billion, and Uber, which has been valued at around $120 billion ahead of its expected IPO.

For now the size of the venture is "insignificant compared with SoftBank Corp's enterprise value," said Dan Baker, analyst at Morningstar. The telco is looking to diversify beyond its core cash-generative wireless business amid pressure on carrier fees.

SoftBank Group and its $100 billion Vision Fund are already a major player in ride sharing. Founder and Chief Executive Masayoshi Son says his portfolio companies, which include Uber, Didi, Grab and Ola, control 90 percent of the industry.

Monet plans to roll out on-demand bus and car services in Japan in the next year, and a platform to operate self-driving vehicles as early as 2023 based on Toyota's "e-palette", a boxy multi-purpose vehicle which can be used for on-demand mobile shops, offices and other services.

It plans to leverage data compiled from mobile phone users, including user location, and data on steering, braking and vehicle surroundings collected from Toyota cars to create a domestic platform to transport people and goods, along with mobile shops, restaurants and public facilities.

Monet also said it had formed a consortium of 88 Japanese companies including Coca-Cola Bottlers Japan, beverage maker Suntory Holdings Ltdand Yahoo Japan Corp to collaborate on projects, which could include product delivery or product-related services.