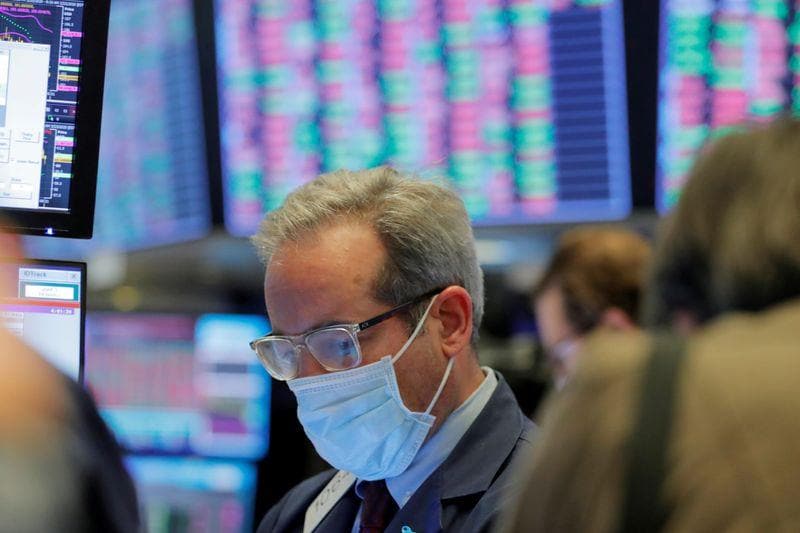 After cutting interest rates to near zero recently, the Fed will now lend against student loans and credit card loans, as well as back the purchase of corporate bonds and make direct loans to companies.

The unprecedented steps briefly lifted U.S. stock index futures more than 3% earlier in the session, but the mounting death toll from COVID-19 and a tide of lockdowns quickly sent the main indexes back into the red, putting the S&P 500 <.SPX> on pace for its worst month since World War Two.

"What the Fed did is important because it does help in the credit markets. But it's not enough from an equity market perspective," said Willie Delwiche, investment strategist at Robert W. Baird in Milwaukee.

"What we now need is leadership out of Congress to pass some sort of stimulus bill, because what the Fed's doing is relieving some problems, but it doesn't do enough to solve to solve what's out there."

Maryland, Ohio, Louisiana and Delaware joined New York and California in asking people to stay home, foreshadowing a near halt in economic activity and more pain for U.S. equities and prompting several analysts to slash their growth forecasts.

The Fed's stimulus measures failed to reassure investors jolted by a $9 trillion wipeout in the benchmark S&P 500's value since a record high hit last month. A rush for safe-haven assets like government bonds caused U.S. Treasury yields to fall on Monday.

The energy sector <.SPNY> dropped more than 5%, the most among the 11 major S&P 500 sectors, tracking a plunge in oil prices.

The defensive utilities <.SPLRCU> and real estate <.SPLRCR> sectors also dropped about 4% each.