By Aidan Lewis and Gabriela Baczynska CAIRO/BRUSSELS (Reuters) - Egypt will host the first joint summit of Arab League and European Union leaders starting on Sunday, a gathering overshadowed by internal divisions in both alliances and last-minute talks on Brexit. 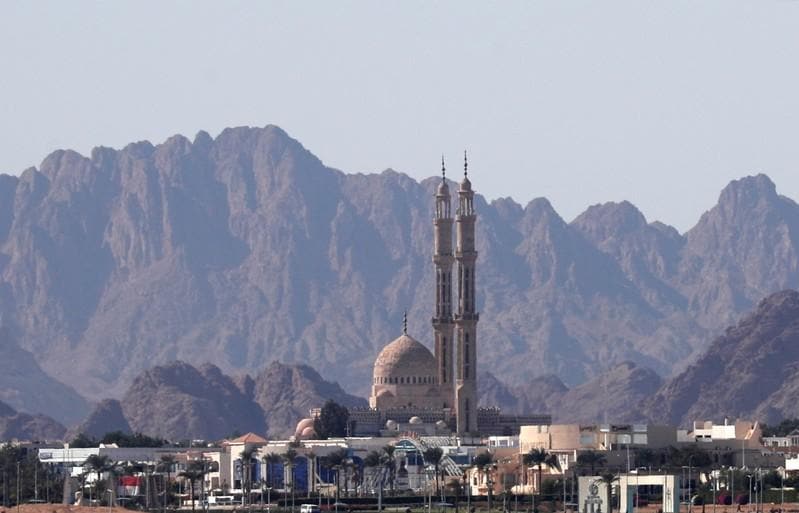 By Aidan Lewis and Gabriela Baczynska

CAIRO/BRUSSELS (Reuters) - Egypt will host the first joint summit of Arab League and European Union leaders starting on Sunday, a gathering overshadowed by internal divisions in both alliances and last-minute talks on Brexit.

The two-day summit at the Red Sea resort of Sharm el-Sheikh is billed as a starting point for the two regional bodies to boost cooperation on shared strategic priorities including migration, security and climate change.

Economic development, the Palestinian question, and the conflicts in Libya, Syria and Yemen are also up for discussion.

But after a build-up in which officials struggled to settle on an agenda or final declaration, expectations for concrete action on any of those subjects are modest at best.

"We don't see on all these issues eye-to-eye with the Arab world," said a senior EU official. "But interdependence calls for dialogue and mutual engagement. Whatever happens there is very relevant to us and vice versa."

More than 20 European heads of state or government will be at the summit, including German Chancellor Angela Merkel and British Prime Minister Theresa May.

But many confirmed their attendance only after it became clear that neither Sudanese President Omar al-Bashir nor Saudi Arabian Crown Prince Mohammed bin Salman would show up.

The Saudi de facto ruler has been shunned since U.S.-based journalist Jamal Khashoggi was killed at the Saudi consulate in Istanbul in October, and the Saudi delegation is expected to be led by King Salman. Bashir is subject to an arrest warrant from the International Criminal Court and facing protests in which dozens have been killed.

"The goal is to start a dialogue with other world regions. By that the EU aims to counter Russia's and China's growing influence in these regions," the source said.

But Brexit will consume time on the sidelines, with London hoping May will have a chance in bilateral meetings to lobby for concessions that would unlock approval for a withdrawal deal in Britain's divided parliament.

Egypt, which hosts the Arab League headquarters and is one of the body's two heavyweights along with Saudi Arabia, has dominated preparations for the summit on the Arab side.

It is being rewarded for its role in shutting off migrant crossings from its northern coast – a role for which it has sought more recognition, Western diplomats say, as the EU has turned increasingly hawkish on immigration since a dramatic rise in arrivals in 2015 caught the bloc unprepared.

The League is also expecting a good turnout of heads of state, but disunity is close to the surface. Qatar said its invitation came not to its permanent representative but in a memo sent to the Greek embassy in Doha - which now represents Egyptian interests in the Gulf state because of a Saudi-led boycott - a method it considered a breach of protocol.

However, Qatar's "policy when it comes to such unprofessional behaviour has always been and will always be taking the higher road", a foreign ministry official said. "Therefore we will participate in the summit."

European countries are often semi-unified, putting them at an advantage over more divided Arab states, and may steer the focus to blocking migration and counter-terrorism, said Bashir Abdel Fattah, an analyst at Egypt's Al Ahram Centre for Political and Strategic Studies.

"If the Arab side weakens itself, Europe will impose its agenda," he said.