By Soundarya J (Reuters) - Hershey Co reported a better-than-expected quarterly profit on Thursday, but forecast 2019 earnings below Wall Street expectations as the chocolate maker expects the benefits from recent price increases to be pushed out to next year. 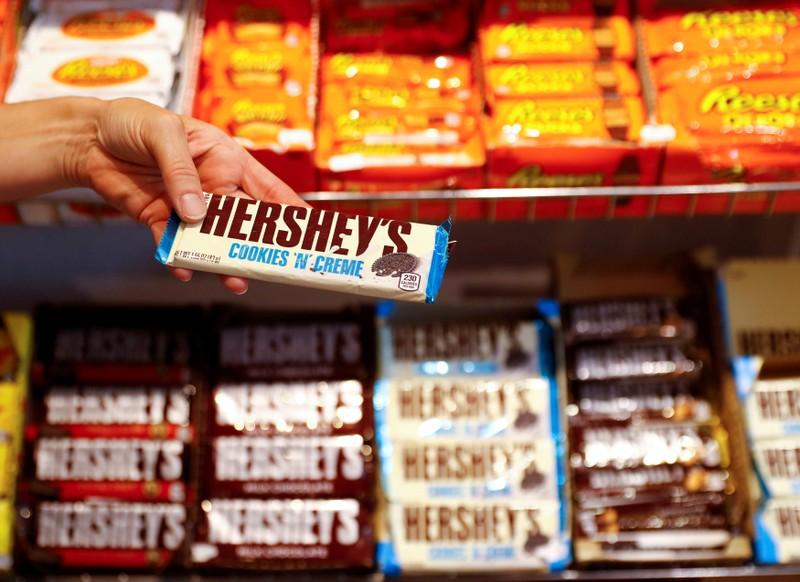 (Reuters) - Hershey Co reported a better-than-expected quarterly profit on Thursday, but forecast 2019 earnings below Wall Street expectations as the chocolate maker expects the benefits from recent price increases to be pushed out to next year.

Hershey last week said it would hike wholesale prices on its single-serve products, which account for about a third of its total sales, by 10% and will implement it on products shipped later this year.

The company so far this year has raised prices by 2.5% on an average to offset higher labor and raw material costs, a problem that has plagued packaged food companies.

"We will see a dip in volume and then a year later the volume comes back, that's how the conversion curve works," Chief Executive Officer Michele Buck told Reuters.

"We normally have a six month delay."

The Kisses chocolate maker said it expected full-year sales to grow around 2% compared to a prior forecast of an increase of as much as 3%.

"The bigger issue is that guidance was not raised enough for investors who have made (Hershey) one of the best stocks in our coverage recently," J.P. Morgan analyst Ken Goldman said.

"We suspect that guidance is conservative even without considering the upcoming price increase on single bars."

A weak spot for the maker of Reese's Peanut Butter Cups was North America, its biggest market, where sales rose just 0.5% to $1.57 billion in the quarter, as the price increases hurt volumes.

Hershey also posted its slowest sales growth in over a year, rising merely 1% to $1.77 billion, which was in line with expectations.

Excluding items, Hershey earned $1.31 per share and beat analysts' average estimate of $1.18 per share, according to IBES data from Refinitiv.

(Reporting by Soundarya J in Bengaluru; Editing by Arun Koyyur)