The country may have taken a step closer to the speedy implementation of the goods and services tax (GST), with the state finance ministers coming to a broad agreement on most contentious issues, but will it also mean a smooth implementation of GST?

The jury is still out on that one, since not only is the revenue neutral rate (RNR) (the rate at which states will not lose revenue on implementation of GST) still to be decided upon, but the draft model GST law is also yet to get the green signal from all states. The draft was released in the public domain by the finance ministry on Tuesday. Both these matters will get taken up at the next meeting of the empowered committee of chief ministers scheduled for late July. 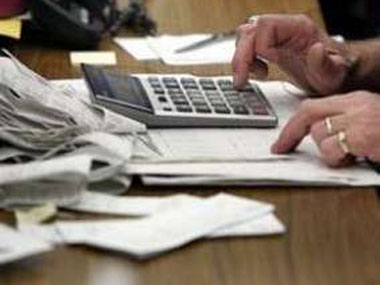 The draft law certainly provides clarity on a lot of issues – the threshold for firms to register for GST, the point of taxation, whether and how e-commerce transactions will be taxed, processes, penalties and the like. This draft, says Pratik P Jain, leader, indirect tax, PwC India, is a significant improvement over an earlier one (this, however, was not in the public domain).

Among the positive points, according to Jain, is the fact that all intangibles, including software, will be considered a service. This, he says, will put an end to the goods versus service debate. The fact that works contracts will be treated as service will, he notes, simplify things for the infrastructure sector.

But there may not be consensus on all the issues in the latest draft. It may get revised based not just on what states have to say but also feedback from industry.

Industry will certainly be seeking further clarity on one issue – whether there will be a single or dual administration. In the debate on GST, there has been a general perception that transactions below Rs 1.5 crore will be audited by the state, but there has been a question mark over whether transactions above that will be audited only by the Centre or by both the Centre and the states. That question mark continues. The dual control will also give rise to adjudication issues.

R. Kavita Rao, professor at NIPFP who has been closely involved with the GST design process, has repeatedly pointed out the need for clarity on this. “From the taxpayer’s point of view, this is an important issue; this will determine whether GST will succeed or not,” a senior official of the Federation of Indian Chambers of Commerce and Industry (Ficci) said.

There’s something that industry is certainly not happy about – the threshold level of Rs 10 lakh turnover (Rs 5 lakh for the northeastern states and Sikkim) to come into the GST net; it had been rooting for a threshold of Rs 25 lakh, though some traders bodies had been pressing for Rs 50 lakh. The Ficci official points out that the Rs 25 lakh turnover threshold would have covered 7 crore units; while the Rs 10 lakh threshold will cover an additional 10 crore units. A low threshold will mean a lot of smaller firms will be burdened with huge compliance costs, which they may not be capable of bearing, he argues.

M. Govind Rao, member of the Fourteenth Finance Commission and former director of the National Institute of Public Finance and Policy (NIPFP), feels this should not be a major source of opposition. In a large number of states, the threshold for coming into the VAT net is Rs 10 lakh turnover (it is lower in some states and much higher in others); the threshold for service tax is also Rs 10 lakh.

The draft law makes up for the low threshold, Rao points out, by allowing a kind of presumptive taxation (called composition levy) - firms with a turnover of up to Rs 50 lakh (and no inter-state supplies) have the option of paying 1 percent of turnover in lieu of GST. But they cannot claim input credit on this. This will vastly bring down the paperwork they will need to do.

The senior Ficci official points out that 80 percent of tax comes from 15 per cent of units and the government is not likely to gain huge revenues by casting the net wider; it will likely increase its own administrative costs as well as increase the burden on smaller firms. It would be best, therefore, for the government to focus on larger firms.

Equally crucial to the success of GST will be the rate that is fixed. Chief economic adviser Arvind Subramaniam is scheduled to make a presentation on this to the empowered committee in July. It will be interesting to see if he sticks to the recommendations in his earlier committee report last year. That report had suggested a standard rate of 17-18 per cent, a low rate of 12 per cent for essential goods and 40 per cent for luxury goods. The assumptions behind those numbers had been questioned by experts, as this report pointed out.

The committee report had also said advised against having a band of rates, which states have been rooting for. Public finance experts have argued in favour of a band, but industry is not keen on this. A band, the Ficci official points out, will be a nightmare for assesses.

All eyes now will be on the July meeting of the empowered committee which will go into these issues. With the passage of the Constitution amendment Bill paving the way for GST more or less given (unless the Congress proves more obdurate than expected), how these issues are resolved will determine how soon and how smoothly GST will roll out.