New Delhi: The US decision to withdraw duty benefits under its Generalized System of Preferences (GSP) programme will have a marginal impact on few domestic sectors such as processed food, leather, plastic, and engineering goods, exporters body FIEO said on Tuesday.

Federation of Indian Export Organisations (FIEO) President Ganesh Kumar Gupta said that as these sectors were availing higher GSP benefits, the government should look into providing fiscal support to these segments.

"The government should look into providing fiscal support to such sectors so that exporters reduce their export prices factoring in the fiscal support with a view that the landed price of such products remain more or less what was under the GSP regime," he said in a statement.

The other sectors that were enjoying the duty benefits include building material and tiles; hand tools (spanners, wrenches, drilling equipments); engineering goods such as spark ignition, turbines and pipes, parts of generators, cycles; made-ups (pillow and cushion covers); and women's woven dresses, he said. 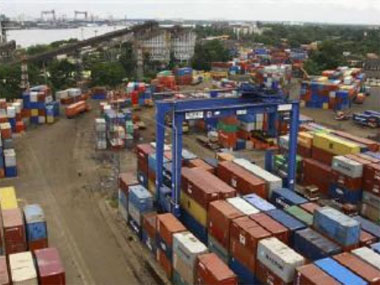 Removal of these duty concessions would make these products relatively uncompetitive in terms of prices in the US market as compared to the same products being exported by other developing countries.

"India was getting tariff preference on 5,111 tariff lines (or products) out of 18,770 tariff lines in the US. However, on only 2,165 tariff lines, the tariff advantage was 4 percent or more.

"While we hope that the exporters would be able to absorb the duty loss where it is 2-3 percent, we need to provide fiscal support to those products where GSP tariff advantage was significant particularly in the labour-intensive sector," he added.

However, Gupta added that the benefit withdrawal by the US would have a "marginal" impact on India's exports to the US.

"GSP has been given on non-reciprocal basis yet the US has linked it with market access and tariff reduction which is against the basic tenets of GSP," he said.

He also said that since India is predominantly exporting intermediate and semi-manufactured goods to the US under the GSP, the same has helped in cost-effectiveness and price-competitiveness of American downstream industry.

"Therefore, the GSP withdrawal will also impact the competitiveness of many manufacturing sectors and will hit the consumers at the same time," he said adding that the import price of most of the chemical products, which constituted a large chunk of India's exports, is expected to increase by about 5 percent.

The withdrawal of the benefits will also hit the import diversification strategy of the US where it is keen to replace China as the main supplier to other developing countries, Gupta said.

He added that India's exports to the US will remain unaffected despite withdrawal.

Commenting on the development, industry body Ficci said it would make the Indian industry less competitive.

"I am sure the government would take appropriate action and there will be a dialogue between the two governments to make sure that this is not withdrawn in case of India," Ficci President Sandip Somany said.

US President Donald Trump has said he intends to end the preferential trade status granted to India and Turkey, asserting that New Delhi has failed to assure America of "equitable and reasonable" access to its markets, an announcement that could be seen as a major setback to bilateral trade ties.