New Delhi: The second draft of e-commerce policy incorporating inputs from stake-holders is expected to be placed in public domain in a fortnight, a senior official said on Wednesday.

"The government wants the e-commerce policy to be in place as soon as possible," the Joint Secretary in the Commerce and Industry Ministry, Sudhanshu Pandey, said at a roundtable organised by traders' body CAIT.

The government has an open mind regarding e-commerce policy and based on suggestions and inputs received from the stakeholders, the second draft of the e-commerce policy would be placed in public domain likely in next fortnight, the official said.

An initial draft of the proposed national e-commerce policy was circulated among stakeholders last month to receive their comments .

The draft suggested to introduce a pre-set timeframe for offering differential pricing or deep discounts by e-commerce players to customers. 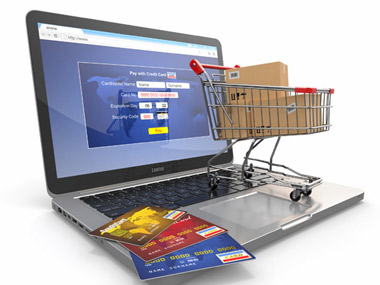 Any group company of an online retailer or marketplace may not be allowed to directly or indirectly influence the price or sale of products and services on its platform, according to the draft.

The draft recommendations were prepared by several stakeholders, including private sector and government officials from different departments such as commerce, industry, IT and electronics.

Participating in the National Round Table Conference on e-commerce policy, trade and industry leaders called upon the government to frame a well defined policy for the sector policy for creating a level playing field and protection of data and engagement of participation of MSME sector in e commerce business.

"In a unanimous resolution passed at the conference it was resolved that Press Note No.3 of 2016 should be strictly implemented in letter & spirit and any offender should be immediately penalised. It was also resolved that a strong Regulatory Authority for e commerce should be constituted to regulate and monitor e commerce business in India," CAIT said in the statement.

The Commerce and Industry Ministry notifies FDI policies through press notes. Press Note 3, which was released in 2016, enlists guidelines for foreign direct investment in e-commerce sector.

It also suggested that no discounting is allowed and that no inventory ownership directly or indirectly is allowed by e-commerce marketplaces.