By Swati Verma (Reuters) - Gold prices retreated on Thursday, a day after vaulting to nearly nine-year highs, as investors embraced the safe-haven greenback in the face of record U.S. 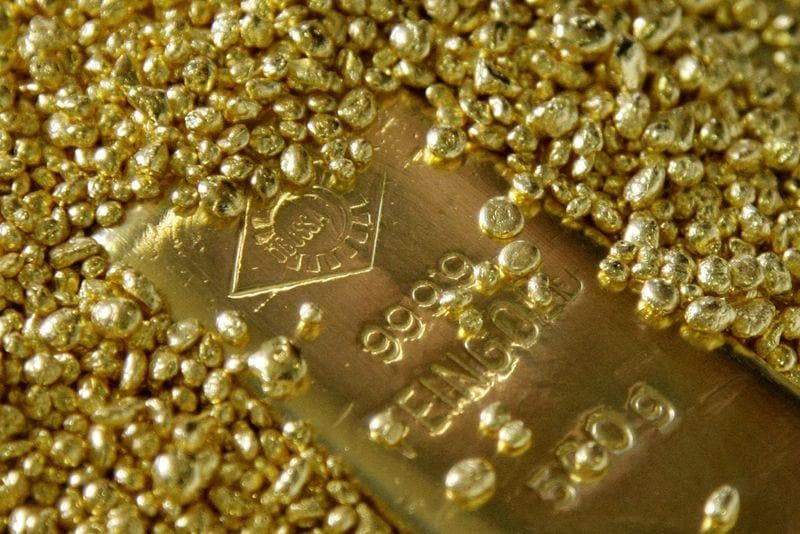 (Reuters) - Gold prices retreated on Thursday, a day after vaulting to nearly nine-year highs, as investors embraced the safe-haven greenback in the face of record U.S. coronavirus

"Gold has been overbought quite a bit after it surpassed the $1,800 level and now we are seeing some investors selling off," said Edward Meir, analyst at ED&F Man Capital Markets.

"The dollar is also climbing a bit, so that is weighing on gold as well. But there are no fundamental reasons as such for the pullback."

The dollar rallied from a four-week low as U.S. stocks fell with market sentiment turning cautious as the United States hit another record high on new coronavirus

"The $1,800 remains a strong psychological resistance level. Although bulls have cut through this level like a hot knife through butter, weakness below this point could trigger a decline back towards $1,765," said FXTM analyst Lukman Otunuga.

Central banks worldwide have slashed interest rates in recent months, providing in some cases unprecedented amounts of stimulus to help soften the blow to the economy from the pandemic.

Stimulus tends to boost gold, which is considered a hedge against inflation and currency debasement.

"These stimulus (measures) are not going away very soon. If we see the global supply chain, it has been massively disrupted and that disruption adds to inflation as well," said Ryan McKay, a commodity strategist at TD Securities.

(Reporting by Diptendu Lahiri and Eileen Soreng in Bengaluru; Editing by Marguerita Choy and Richard Chang)