By Amanda Becker WASHINGTON (Reuters) - Lloyd Blankfein, a former Goldman Sachs chief executive, criticized Elizabeth Warren for engaging in the 'vilification' of billionaires on Thursday and said that 'maybe tribalism is just in her DNA,' after he appeared in the presidential candidate's latest ad on taxing the super rich. Warren, a Democratic U.S. senator from Massachusetts, aired a television ad on Thursday about her proposed 2% tax on wealth beyond $50 million. 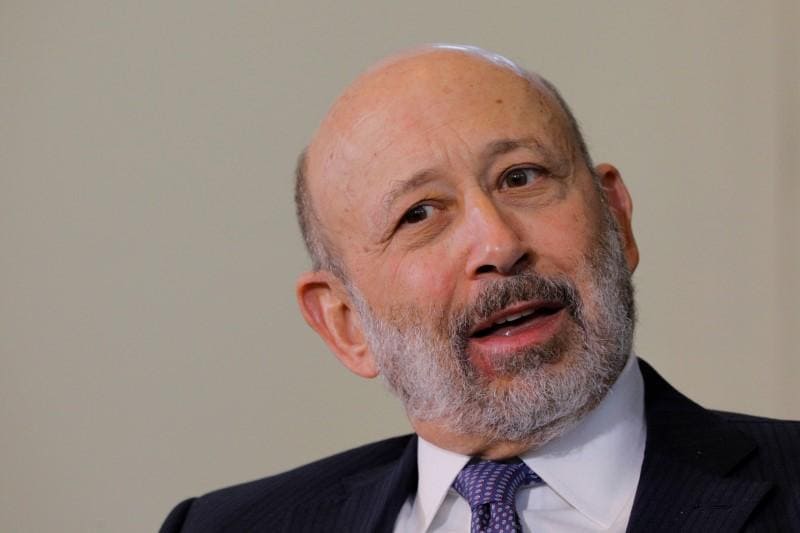 Warren, a Democratic U.S. senator from Massachusetts, aired a television ad on Thursday about her proposed 2% tax on wealth beyond $50 million. In it, Blankfein is shown with a caption saying he "earned $70 million during the financial crisis."

The ad also shows a clip of Leon Cooperman, the chairman and chief executive of investment advisory firm Omega Advisors, saying the "vilification of billionaires" is "bull," along with the fact he was charged with insider trading. Venture capitalist and Republican donor Peter Thiel also appears in the ad, saying he is "most scared by Elizabeth Warren."

"Surprised to be featured in Sen Warren's campaign ad, given the many severe critics she has out there. Not my candidate, but we align on many issues," Blankfein, now a senior chairman at Goldman, wrote in response on Twitter.

"Vilification of people as a member of a group may be good for her campaign, not the country. Maybe tribalism is just in her DNA."

Blankfein, who supported Democratic presidential candidate Hillary Clinton in 2016, could not immediately be reached to comment on Warren's ad or his tweet.

President Donald Trump has criticised Warren for saying she was of Native American heritage, dubbing her "Pochahontas" ahead of her presidential bid and calling for her to take a DNA test. Warren did, and it showed Native American ancestry dating back multiple generations. She has since apologised to Native American leaders for the ancestry claims.

Blankfein is the latest billionaire to publicly clash with the progressive candidate, who has built her campaign on combating Washington corruption and ensuring the wealthy pay their fair share.

She has proposed a host of policies such as universal childcare, free public college tuition that she would finance with her wealth tax, along with an expansion of it to partially pay for Medicare for All healthcare.

On Thursday, Cooperman responded to Warren's ad on CNBC, defending his philanthropy, saying he had settled the insider-trading charges without admitting guilt and accusing Warren of "firing off snarky tweets that stir your base at the expense of accuracy."

Warren's campaign now sells a "Billionaire Tears Mug" inspired by one of Cooperman's television appearances. "Savor a warm, slightly salty beverage of your choice in this union-made mug as you contemplate all the good a wealth tax could do," reads the campaign's website.

"Every time Elizabeth Warren pisses off a billionaire, we get a whole new crop of volunteer leaders. It's campaign magic," Warren staffer Suzy Smith wrote on Twitter after Cooperman's prior criticism.

Blankfein, 64, led Goldman, a U.S. investment bank, from 2006 to the autumn of 2018, and is largely credited with helping keep the company afloat during the financial crisis with an early decision to rein in exposure to risky mortgage-backed securities.

However, the bank was highly criticized for its role in the crisis and for paying out billions of dollars in bonuses to top staffers during the years surrounding the crisis.

Born in the South Bronx and raised in a predominantly Jewish housing project in Brooklyn's East New York neighbourhood, Blankfein's rags-to-riches story is well known in the world of finance.

Warren's campaign did not immediately respond to Blankfein's tweet.