By Anirban Sen and Elizabeth Dilts Marshall (Reuters) - Goldman Sachs Group Inc's outsized reliance on trading and investment banking became a big advantage in the second quarter, driving up revenue while avoiding losses due to the coronavirus, but the pop may prove to be fleeting. 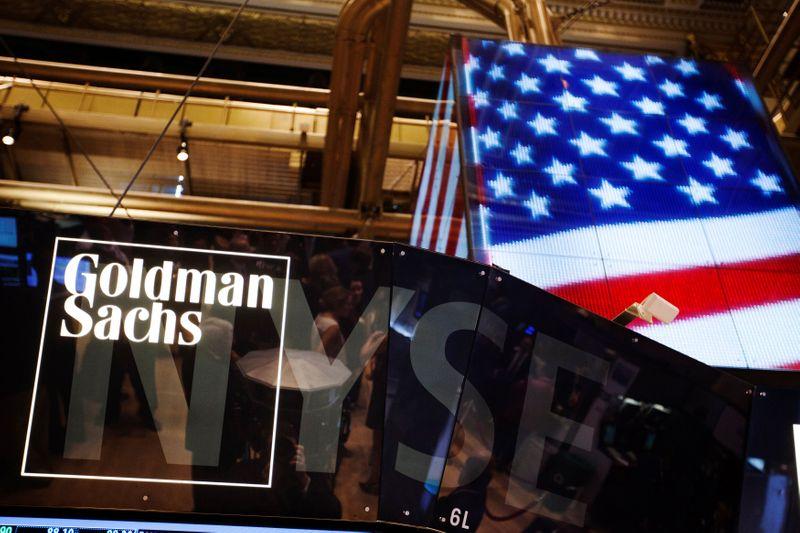 (Reuters) - Goldman Sachs Group Inc's outsized reliance on trading and investment banking became a big advantage in the second quarter, driving up revenue while avoiding losses due to the coronavirus, but the pop may prove to be fleeting.

The bank's revenue rose 41%, with trading revenue doubling, in line with rivals JPMorgan Chase & Co and Citigroup Inc that reported results earlier in the week.

Unlike those rivals, Goldman's fledgling presence in consumer banking meant it had to set aside much less for expected credit losses.

The bank had to account for other problems, though, including adding to its regulatory capital and setting aside $945 million for potential legal and regulatory costs. Its quarterly profit rose 2% year-over-year and beat Wall Street’s expectations.

Analysts characterized the period as felicitous for the Wall Street firm, and investors celebrated its ability to trade through the crisis. Goldman shares were off earlier highs, up 1% at $216.26.

"The quarter couldn't have come at a better time for Goldman Sachs," Evercore ISI analyst Glenn Schorr wrote in a note.

It remains to be seen whether Goldman can repeat the performance in subsequent quarters. Other banks have said they expect trading revenue to fall in the coming months. And Goldman, which has been trying to diversify its businesses over the past few years, still has more work to do before they can make up the difference.

The global pandemic that has so far killed 578,718 people and slammed the global economy, isn't helping. (GRAPHIC: https://graphics.reuters.com/CHINA-HEALTH-MAP/0100B59S39E/index.html)

Chief Executive David Solomon, who took the reins in 2018, has staked his legacy on transforming Goldman into a different kind of bank. He is building out a consumer bank called Marcus and creating new businesses that manage money for corporations and individuals.

Solomon acknowledged on Wednesday that his plan to grow one wealth-management division has gotten tougher because financial advisors cannot meet new clients in person during the pandemic.

Chief Financial Officer Stephen Scherr said the bank has also modified its consumer lending strategy due, in part, to the coronavirus recession. But he struck an upbeat note.

"Our core businesses are performing well, and many of our new initiatives are advancing ahead of plan," Scherr said on a conference call. "We remain confident in our financial position, capital base and liquidity."

Goldman earned $2.2 billion, or $6.26 per share, during the second quarter. Analysts had expected the bank to earn just $3.78 per share, according to the IBES estimate from Refinitiv.

Within the special items was a $945-million provision for potential legal and regulatory costs. Goldman has been in talks to settle investigations involving its role in a corruption scandal at Malaysian sovereign wealth fund 1MDB.

Goldman also set aside $1.6 billion for loans that could potentially go bad, most of which was not related to its consumer business.

Last month, the bank fared poorly on the Federal Reserve’s stress test, forcing it to boost capital levels and stop repurchasing shares. Scherr and Solomon said they were quickly shifting money toward Goldman's balance sheet to satisfy the Fed.

Return-on-equity (ROE), a key measurement of how well banks wring profits from shareholder dollars, was 11.1% in the second quarter. It would have been over 15% if not for the money Goldman had to put toward capital goals and legal reserves, the bank said.

Goldman is aiming to deliver ROE of 13% within the next few years.