(Reuters) - Goldman Sachs Group Inc Chief Executive Officer David Solomon on Wednesday apologised to the Malaysian people for former banker Tim Leissner's role in the sovereign wealth fund 1MDB scandal, but said the bank had conducted due diligence before every transaction. Goldman is being investigated by Malaysian authorities and the U.S. Department of Justice for its role as underwriter and arranger of three bond sales that raised $6.5 billion for 1Malaysia Development Berhad 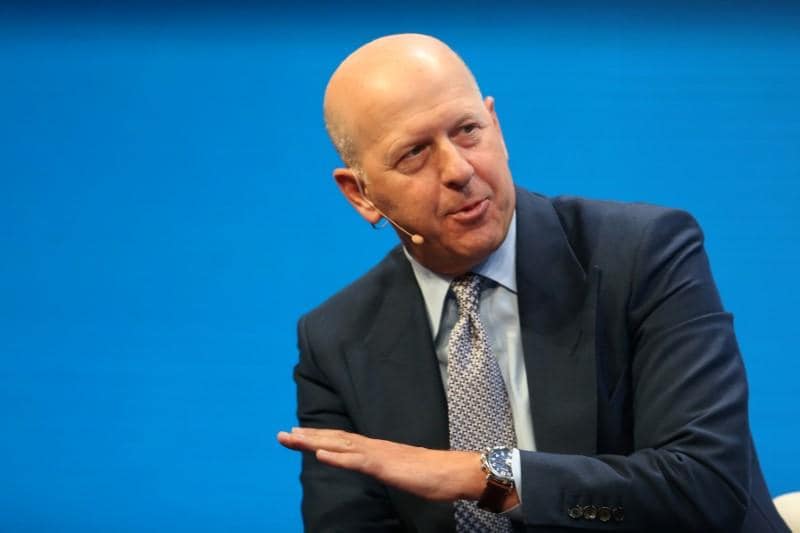 Goldman is being investigated by Malaysian authorities and the U.S. Department of Justice for its role as underwriter and arranger of three bond sales that raised $6.5 billion for 1Malaysia Development Berhad.

"It's very clear that the people of Malaysia were defrauded by many individuals, including the highest members of the prior government," Solomon said on conference call discussing the bank's fourth-quarter results.

Solomon said that Leissner denied the involvement of any of Goldman's intermediaries in transactions with 1MDB.

An attorney representing Leissner did not immediately respond to a request for comment.

Roger Ng, the other charged former Goldman banker, was arrested in Malaysia at the request of U.S. authorities and is expected to be extradited, according to John Marzulli, a spokesman for the prosecution.

The DOJ has said that $4.5 billion was misappropriated by high-level officials of the fund and their associates between 2009 and 2014.

As part of Goldman's due diligence efforts, Solomon said the bank sought and received written assurances from 1MDB and International Petroleum Investment Co (IPIC) that no third-parties were involved in the first two bond sales.

Abu Dhabi's IPIC had co-guaranteed the 1MDB bonds when they were issued in 2012.

In the final offering, the Malaysian government itself, along with 1MDB, represented that no intermediaries were involved, he said.

"All these representations to Goldman Sachs have proven to be false," Solomon said.

Goldman Sachs did not disclose any other information about its involvement with 1MDB, but said the impact on its client franchise had been "de minimis."

Shares of the bank, which reported strong fourth-quarter results earlier in the day, have fallen over 25 percent in the last three months, after headlines about its involvement with the sovereign wealth fund emerged.

The Malaysian government said in December it was seeking up to $7.5 billion in reparations from Goldman over its dealings with 1MDB.

(Reporting By Aparajita Saxena in Bengaluru; Editing by Arun Koyyur and Saumyadeb Chakrabarty)