By Anirban Sen and Elizabeth Dilts Marshall (Reuters) - Goldman Sachs Group Inc missed Wall Street estimates for quarterly profit on Tuesday as it took heavy losses from high-profile investments in WeWork and Uber Technologies and faced up to a weakening global economy. 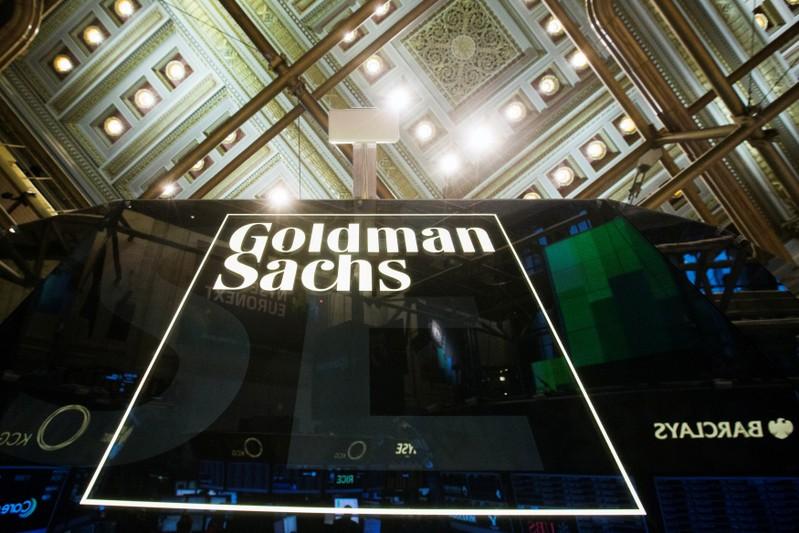 (Reuters) - Goldman Sachs Group Inc missed Wall Street estimates for quarterly profit on Tuesday as it took heavy losses from high-profile investments in WeWork and Uber Technologies and faced up to a weakening global economy.

The bank's shares slipped nearly 3% as revenue at three of its four major businesses fell, including a 15% drop in investment banking revenue because of lower advisory and underwriting fees.

Net revenue at Goldman's investing and lending division slumped 40% as it swallowed a loss of about $80 million on its stake in WeWork owner The We Company and took hits from other investments.

Scherr said those investments comprise 40% of the bank's $2.3 billion invested in public companies, and they "were the largest contributors to the downdraft."

Office-sharing startup WeWork's valuation plummeted from a peak of $47 billion in January to as low as $10-12 billion, Reuters reported last month, forcing it to pull its IPO. Uber's shares are down 24% since the company debuted earlier this year.

The only bright spot for Goldman was its institutional client services business, which accounts for more than a third of its overall revenue, but a 6% growth at the unit was not enough to offset weakness in its other major businesses.

"Overall, GS posted mixed results this quarter. While the top line beat to us was a positive, it was driven by more trading which tends to be less persistent and investment banking results were weak," analysts at Keefe, Bruyette & Woods said in a note to clients on Tuesday.

Bond trading revenue was up 8%, while equities rose 5%. JPMorgan also reported a surge in bond trading.

Wall Street's biggest banks are facing several challenges in growing their revenue, largely as concerns of slowing growth have deterred companies from tapping public markets for funds, but Chief Executive David Solomon sounded optimistic on a call with analysts.

"The IPO process is alive and well in the United States," he said.

Under Solomon, Goldman has undertaken a major shift in strategy from its focus on trading to building a bigger consumer business in a bid to shield its revenue from wild swings in financial markets.

Goldman, which recently launched a credit card with Apple, has also attempted to build out new businesses, but top executives at the bank have warned in previous quarters that those efforts will take time to bear fruit.

Solomon has pushed his top lieutenants to bring in at least $5 billion of new revenue from those businesses by 2020, while simultaneously conducting a full-scale review of the business that has led to a number of new efficiency initiatives and a culling of its partnership pool of top executives.

Analysts on average had expected earnings of $4.81 per share and revenue of $8.31 billion, according to the IBES estimate from Refinitiv.

Expectations from most brokerages tracking the investment bank were generally muted as macroeconomic conditions have been weighing on investor sentiment.

(Reporting by Anirban Sen in Bangalore and Elizabeth Dilts in New York; Editing by Sweta Singh and Saumyadeb Chakrabarty)