New Delhi: Gold prices zoomed Rs 752 to Rs 40,652 per 10 gram in the national capital on Friday on the strong global trend and a weak rupee, according to HDFC Securities. 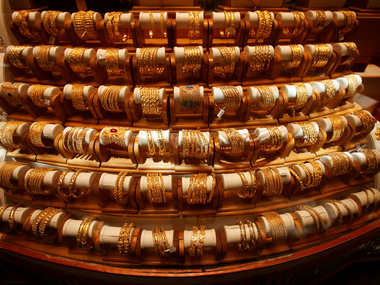 In early trade on Friday, the rupee depreciated by 24 paise to 71.62 weighed by a spike in crude oil prices, after US President Donald Trump ordered a deadly strike on an Iranian commander.

In the global market, both gold and silver depicted a bullish trend, quoting with gains at $1,547 per ounce and $18.20 per ounce, respectively.

General Qasem Soleimani, the powerful commander of Iran's Revolutionary Guards, was killed in a precision US airstrike in Iraq ordered by President Donald Trump, the Pentagon announced on Friday, dramatically escalating tensions in the strategic Gulf region.