By Asha Sistla (Reuters) - Gold gained 1% on Monday after attacks on oil facilities in Saudi Arabia fuelled concerns of a further escalation in Middle East tensions and pushed investors towards safe-haven assets. 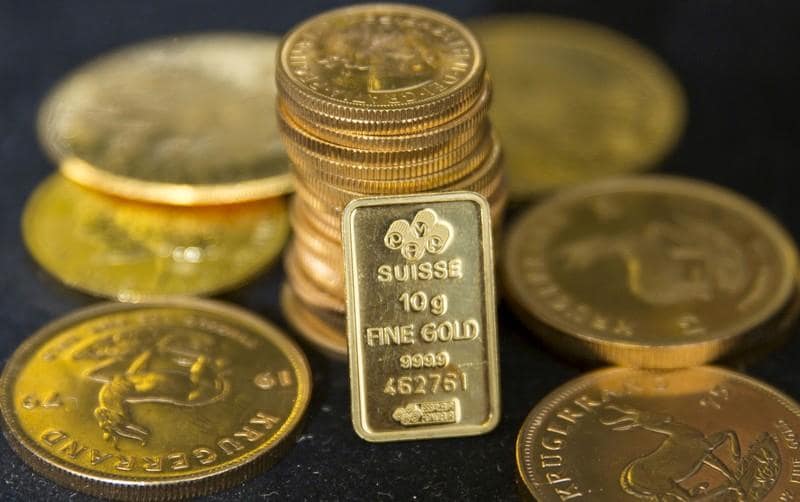 (Reuters) - Gold gained 1% on Monday after attacks on oil facilities in Saudi Arabia fuelled concerns of a further escalation in Middle East tensions and pushed investors towards safe-haven assets.

"The Saudi Arabian situation is driving gold prices higher as people are looking for havens, (watching out) for any negative fallout, both economic and political," said George Gero, managing director at RBC Wealth Management

Drone attacks on two plants at the heart of Saudi Arabia's oil industry on Saturday triggered a surge in oil prices and a slide in wider financial markets.

While the Yemeni Houthi group claimed responsibility for the attack, a senior U.S. official indicated Iran was behind it.

Gold is often used as a safe store of value during times of political and financial uncertainty.

"This is the biggest geopolitical flashpoint to impact the world marketplace in quite some time ... Sharply higher oil prices may throw a monkey wrench into central banks' monetary policies, which had heretofore been leaning very easy," Jim Wyckoff, senior analyst with Kitco Metals, wrote in a note.

Markets are awaiting policy decisions from the U.S. Federal Reserve and Bank of Japan on Wednesday.

Meanwhile, data from China showed growth in industrial production slipped to its lowest level in 17-1/2 years amid the spreading pain from a trade war.

However, a 0.4% rise in the dollar made gold more expensive for holders of other currencies, limiting bullion's advance.

Platinum and palladium are reacting to the jump in crude prices since both metals are used not just as autocatalysts, but also to crack crude oil into heating oil and gasoline, said RBC Wealth Management's Gero.

(Reporting by Asha Sistla in Bengaluru; Editing by Paul Simao)