By Brijesh Patel (Reuters) - Gold steadied on Monday after recovering slightly from a more than two-week low hit earlier in the session, as equity markets fell ahead of the U.S. Federal Reserve's release of minutes from its last meeting 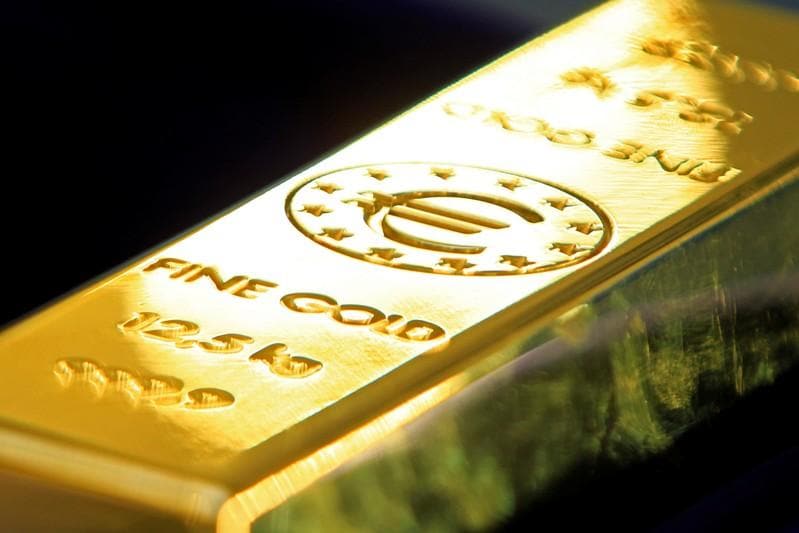 (Reuters) - Gold steadied on Monday after recovering slightly from a more than two-week low hit earlier in the session, as equity markets fell ahead of the U.S. Federal Reserve's release of minutes from its last meeting.

"With equities trading lower, gold is expected to trade a little higher going into the Fed minutes on expectations that there is no immediate rate increase coming for the rest of the year," said Bob Haberkorn, senior market strategist at RJO Futures.

Investors shifted focus to the Fed minutes due on Wednesday, which is expected to provide insights into the May 1 central bank meeting in which policymakers decided to keep interest rates steady and signaled little appetite to adjust them any time soon.

Global stocks took a hit as concerns mounted about an escalating fallout from a U.S. crackdown on China's Huawei Technologies Co Ltd, intensifying a prolonged trade war between the world's two biggest economics.

The greenback limited bullion's appeal as the dollar index held near a two-week high. Last week the index posted the biggest weekly rise since early March, supported by robust U.S. housing data and a report pointing to lower unemployment.

"We have equities trading lower with all the geo-political news out there, yet gold can't sustain any rally. There seems to be a flight to safety into the dollar because of the better economic data coming out of the U.S.," Haberkorn said.

While gold is a safe store of value during times of uncertainty, investors are preferring the dollar, as they did last year during the U.S.-China trade spat.

Iran was served a new warning by U.S. President Donald Trump, who tweeted that if the country wanted to fight, that would be Iran's "official end."

On the technical side, "$1,265 is now a critical support that must hold. A daily close below that region implies a much deeper correction could be imminent," OANDA analyst Jeffrey Halley said in a note.

(Reporting by Brijesh Patel in Bengaluru; Editing by Richard Chang)