By Herbert Lash NEW YORK (Reuters) - Gold soared to an almost six-year high on Tuesday on escalating U.S.-Iran tensions, while equity markets slid on disappointing economic data and uncertainty that the Federal Reserve will cut interest rates in July as has been expected. Fed Chairman Jerome Powell said in a speech the U.S 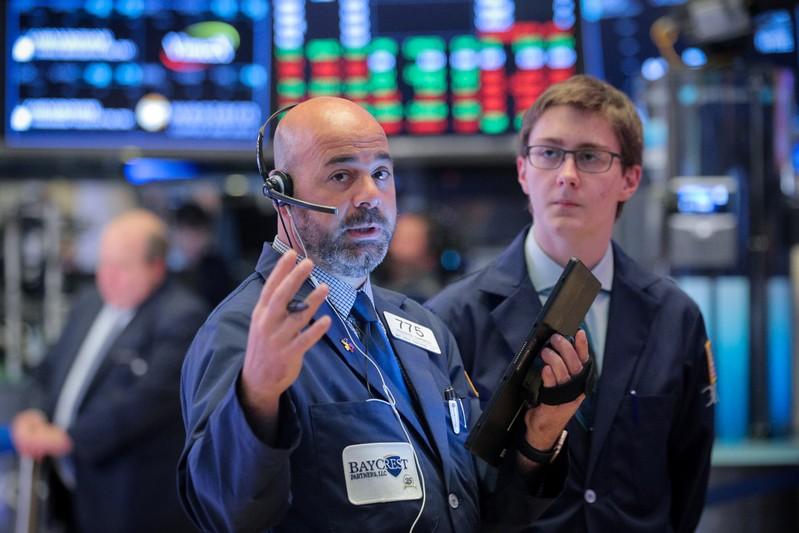 NEW YORK (Reuters) - Gold soared to an almost six-year high on Tuesday on escalating U.S.-Iran tensions, while equity markets slid on disappointing economic data and uncertainty that the Federal Reserve will cut interest rates in July as has been expected.

Fed Chairman Jerome Powell said in a speech the U.S. central bank is insulated from short-term political pressures as policymakers wrestle with whether to cut rates amid slowing growth as President Donald Trump has demanded.

Equity markets have rallied this month in anticipation Fed policymakers would cut rates, but Powell's remarks cast doubt on those expectations when he referred to the Fed's independence.

"Clearly, he's referring to comments from the White House," said Quincy Krosby, chief market strategist at Prudential Financial in Newark, New Jersey. "The market wants to hear the Fed remains steadfast - what it perceives is the correct path to follow in terms of monetary policy, rather than acquiescing to the administration."

The dollar rebounded and gold prices retreated after Powell's comments trimmed expectations that the Fed will cut rates by half a percentage point next month.

Gold had gained 10% in price so far in June, climbing above $1,400 an ounce for first time since August 2013 after briefly touching the psychological barrier on Monday.

The dollar had slid to a three-month low against the euro and dropped to its weakest level against the Japanese yen since early January as the prospect of a Fed rate cut knocked demand. The yen had also benefited from concerns about tensions between the United States and Iran, which on Tuesday said the U.S. sanctions permanently closed the path to diplomacy between the two countries.

U.S. consumer confidence tumbled to a 21-month low in June as households grew a bit more pessimistic about business and labor market conditions amid concerns of an escalation in the trade tensions between the United States and China.

The U.S. economy's prospects were further dimmed by other data showing sales of new single-family homes unexpectedly fell for a second straight month in May.

Trump threatened to obliterate parts of Iran if it attacked "anything American," in a new war of words. Tehran condemned the latest U.S. sanctions on Iran and called White House actions "mentally retarded."

Trump is due to meet one-on-one with at least eight world leaders at the G20 summit in Osaka, Japan, at the end of the week, including Chinese President Xi Jinping, for discussions on trade, and Russian President Vladimir Putin.

U.S. gold futures were little changed on settlementat $1,418.7 an ounce.