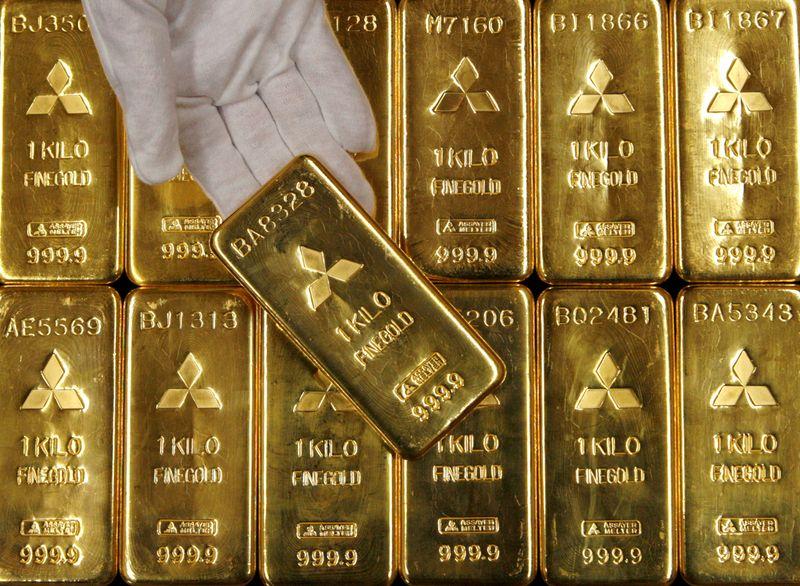 (Reuters) - Gold surged on Monday to a near seven-year high as the U.S. killing of a top Iranian commander caused fears of a wider conflict in the Middle East. Palladium surpassed $2,000 an ounce for the first time.

"The markets are nervous about what comes next between the United States and Iran; there are political risks and there is safe haven buying in gold," said Bob Haberkorn, senior market strategist at RJO Futures.

"The equities are lower, and this is a perfect storm for higher gold between now and until we get some clarity on the situation."

Iraq's parliament called on Sunday for U.S. and other foreign troops to leave while Iran lambasted U.S. President Donald Trump after he threatened to hit 52 Iranian sites, including targets important to Iranian culture, if Tehran were to retaliate.

The conflict took a hit at risk appetite, sending world stocks <.MIWD00000PUS> down 0.3%. [MKTS/GLOB] On Wall Street, the Nasdaq turned positive, a sign investors were taking a cautious approach.

"Even though the stock markets pared its losses, and gold pared some gains, we still look for a higher extended range because gold has become a necessary haven," said George Gero, managing director at RBC Wealth Management.

Elsewhere, U.S. Federal Reserve policymakers agreed that interest rates were likely to stay on hold for "a time," minutes of the Fed's Dec. 10-11 policy meeting, released on Friday, showed.

"It (palladium) seems to be unstoppable. Many market players are of the opinion that the market will remain severely tight, and that's the main driving force for prices," Commerzbank analyst Daniel Briesemann said.