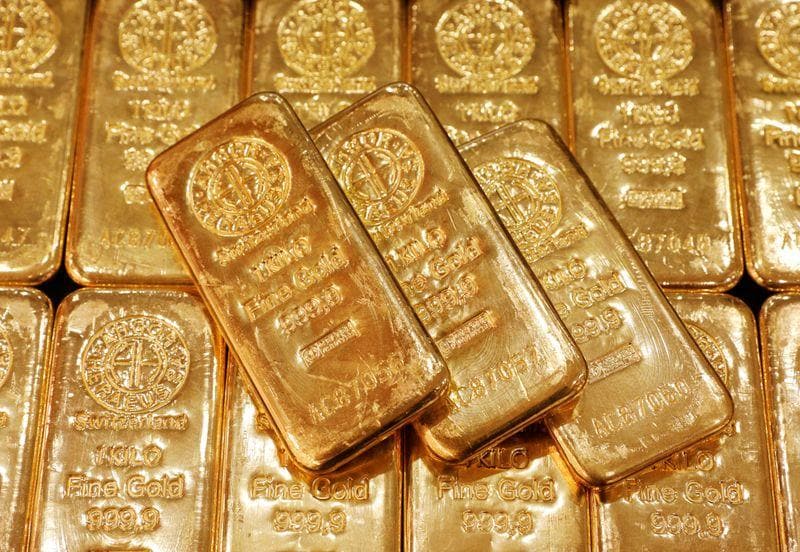 (Reuters) - Safe-haven gold pierced the $1,900 per ounce ceiling on Friday for the first time since 2011 as a worsening U.S.-China row added to fears over the hit to a global economy already reeling from the coronavirus pandemic.

"Concerns about more global economic slowing due to the increasingly acerbic U.S.-China spat is seen as likely to keep global government and monetary support going even longer," said Tai Wong, head of base and precious metals derivatives trading at BMO.

In yet another escalation, China ordered the United States to close its consulate in the city of Chengdu, responding to a U.S. demand for China to close its Houston consulate.

This hammered risk sentiment and sent the dollar <.DXY> to a two-year trough.

Further bolstering bullion's appeal was the constant surge in COVID-19 cases, with the U.S. tally crossing over 4 million on Thursday and global cases breaching 15.58 million.

"The only thing I can see to take the wind out of gold's sails is the rapid development of a coronavirus vaccine, because until that happens, all this uncertainty (in markets) will stay with us," said StoneX analyst Rhona O'Connell.

Non-yielding gold has surged over 25% this year, underpinned by low interest rates and stimulus from central banks, which benefits bullion since it is a perceived hedge against inflation and currency debasement.

"Investors are perceiving silver as being undervalued compared to gold and that is why silver has really surged," said Kitco Metals senior analyst Jim Wyckoff, adding that the next price target would be $25.Platinum rose 1.2% to $915.77 an ounce and palladium climbed 4.5% to $2,220.61.

(Reporting by Eileen Soreng in Bengaluru and Peter Hobson in London; additional reporting by Shreyansi Singh in Bengaluru; Editing by Marguerita Choy)