By Peter Hobson LONDON (Reuters) - Gold prices fell towards one-year lows on Monday as the dollar continued to strengthen against the currencies of key bullion consumers China and India. Gold has tumbled 10 percent since mid-April as a surge in the greenback made dollar-priced bullion more expensive for buyers with other currencies 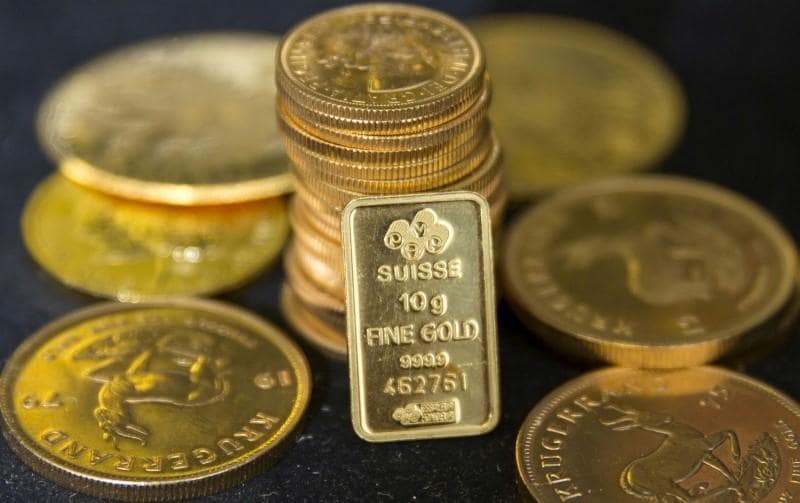 LONDON (Reuters) - Gold prices fell towards one-year lows on Monday as the dollar continued to strengthen against the currencies of key bullion consumers China and India.

Gold has tumbled 10 percent since mid-April as a surge in the greenback made dollar-priced bullion more expensive for buyers with other currencies.

There was some respite for gold last week when U.S. President Donald Trump branded the dollar's strength as bad for the economy, knocking the currency from one-year highs, but the breather proved short-lived.

"For gold to rise in a big way, we really need to see the dollar start to show some weakness," said Saxo Bank analyst Ole Hansen.

A war of words between Trump and Iranian President Hassan Rouhani helped to lift prices only briefly.

Trump, in a tweet, told Rouhani on Sunday to "NEVER, EVER THREATEN THE UNITED STATES AGAIN" after Rouhani said that hostile U.S. policies towards Tehran could lead to "the mother of all wars".

Gold's plunge in recent months has led banks and brokerages to downgrade their average gold price forecasts for this year and next, according to a Reuters poll published on Monday.

But respondents still expect the metal to bounce back towards $1,300 an ounce.

One potential positive is a swing in speculative positioning that has seen funds' net short on the Comex exchange grow to its largest since January 2016.

"Such extreme positioning has frequently been an indicator of a pronounced countermovement in the near future," Commerzbank analysts wrote.

In 2016 the unwinding of the short position between January and July that year helped to drive up gold by more than $300 to a two-year high.

Silver was down 0.4 percent at $15.41 an ounce after last week's drop to its lowest since July last year. Respondents to the Reuters poll forecast that silver would rebound and average $16.70 this year.

Prices of both metals are likely to recover, with platinum expected to average $922 an ounce this year and palladium to average $1,000, a Reuters poll found.