By Brijesh Patel and Sumita Layek (Reuters) - Gold fell to its lowest in more than a week on Monday as hopes the United States and China would reach a trade deal lifted appetite for riskier asset even as the dollar retreated. 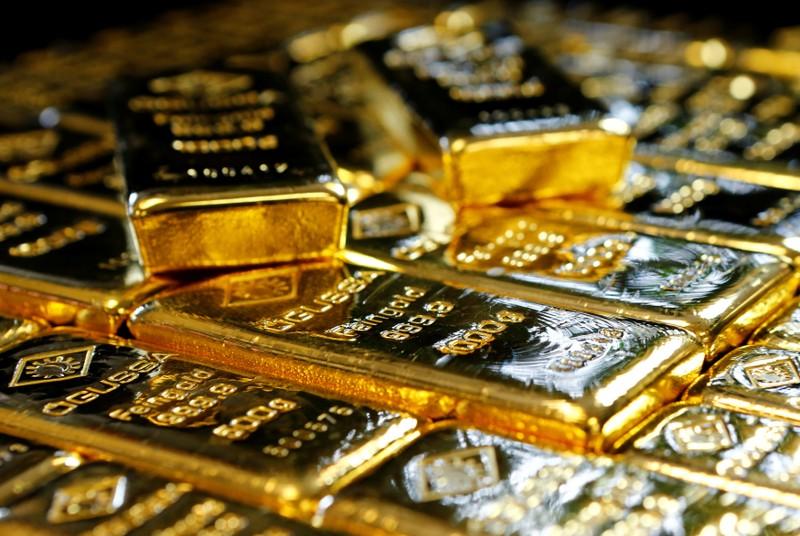 By Brijesh Patel and Sumita Layek

(Reuters) - Gold fell to its lowest in more than a week on Monday as hopes the United States and China would reach a trade deal lifted appetite for riskier asset even as the dollar retreated.

U.S. Treasury Secretary Steven Mnuchin said on Saturday he hoped Washington and Beijing were "close to the final round" of negotiations to resolve the trade dispute between the world's two biggest economics.

Signs the two countries were heading for a deal to end the bitter dispute - marked by tit-for-tat tariffs that have cost the two economies billions and rattled financial markets - lifted investor sentiment and dented demand safe-haven gold.

"Overall, people are not enchanted by gold, they don't see a lot of upside potential in it," said Miguel Perez-Santalla, vice president of Heraeus Metal Management in New York

On the technical front, prices fell below the 100-day moving average around $1,287, which traders said could be a bearish signal. The metal also broke below the key psychological $1,300 mark last week, pointing to a further negative bias.

"Gold is coming towards the support level of $1,280. People are anticipating that if gold dips in this level and the buyers step back in, it might create a short-term bottom, making it an opportunistic time to start pursuing gold," said Michael Matousek, head trader at U.S. Global Investors.

"Overall, this week is going to be really slow in terms of volume, as the prices will fluctuate; it will seem a little more volatile because there will be less market participants."