“With no immediate retaliation from Iran, some of the tensions have simmered. Also, we’ve seen some profit-taking coming in,” said Jeffrey Halley, a senior market analyst for the Asia-Pacific region at OANDA.

“If things de-escalate (with Iran), then gold will hit lower quite quickly. We would see it go down below $1,500.”

Gold, considered a safe asset in times of political and economic uncertainty, had jumped in the last two sessions on concerns of a wider conflict after a US airstrike killed Iran’s top military commander Qassem Soleimani last week. 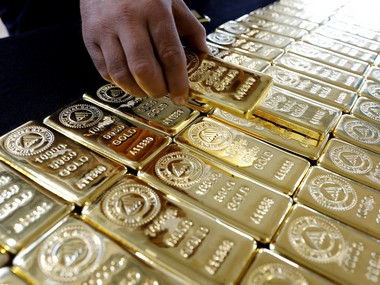 Markets were worried about conflicting reports about American military repositioning troops in preparation for leaving Iraq.

Additionally, oil prices relinquished gains on speculation that Iran might not strike against the United States in a way that would disrupt supplies.

However, risks of escalating tensions persisted, with the United States denying a visa to Iranian Foreign Minister Mohammad Javad Zarif that would have let him attend a United Nations Security Council meeting in New York on Thursday.

“With $15-$20 setbacks the new intraday norm (in gold), look for volatility to remain elevated,” Stephen Innes, a market strategist at AxiTrader, said in a note.

Speculators increased their bullish positions in COMEX gold and silver contracts in the week to 31 December, data showed.

The industrial metal, suffering from sustained supply woes, gained about 54 percent in 2019.