By Brijesh Patel (Reuters) - Gold prices edged higher on Wednesday, recovering from a near four-month low touched in the previous session under pressure from a strong dollar, as U.S. stocks took a breather following a rally. 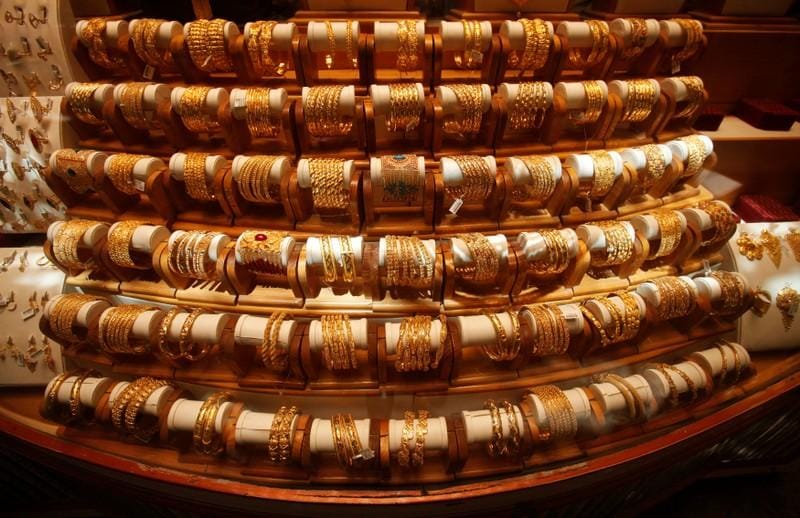 (Reuters) - Gold prices edged higher on Wednesday, recovering from a near four-month low touched in the previous session under pressure from a strong dollar, as U.S. stocks took a breather following a rally.

This "insignificant move in gold is just a technical bounce from the hard sell-off yesterday," said David Meger, director of metals trading at High Ridge Futures.

U.S. stocks pulled back slightly after a record rally in the prior session. The dollar gained, near a 22-month high against its peers, denting bullion's appeal.

"A good portion of gold's weakness has come from recent highs in the dollar against major currencies, and lack of safe-heaven buying amidst equity markets continuing higher and slightly better global economic outlook." Meger said.

Recent data from the United States and China have assuaged fears of global downturn, dampening safe-haven demand for gold, which has fallen more than 5 percent from its 2019 peak touched in February.

Spot gold could hover above support at $1,264 an ounce or bounce toward resistance at $1,284, said Reuters technical analyst Wang Tao.

However, the downside for prices was likely to be limited by increased central bank buying, "as well as positive signs that the physical market is recovering," analysts from Standard Chartered wrote in a note on Tuesday.

(Reporting by Brijesh Patel in Bengaluru; Editing by David Gregorio)