By Harshith Aranya (Reuters) - Gold prices fell on Wednesday after rising as much as 1.3% earlier in the session, as traders sold the precious metal to cover margins for stock markets spooked by the global spread of coronavirus. Spot gold was down 0.4% at $1,642.98 per ounce by 01:40 p.m. EDT (1740 GMT), while U.S 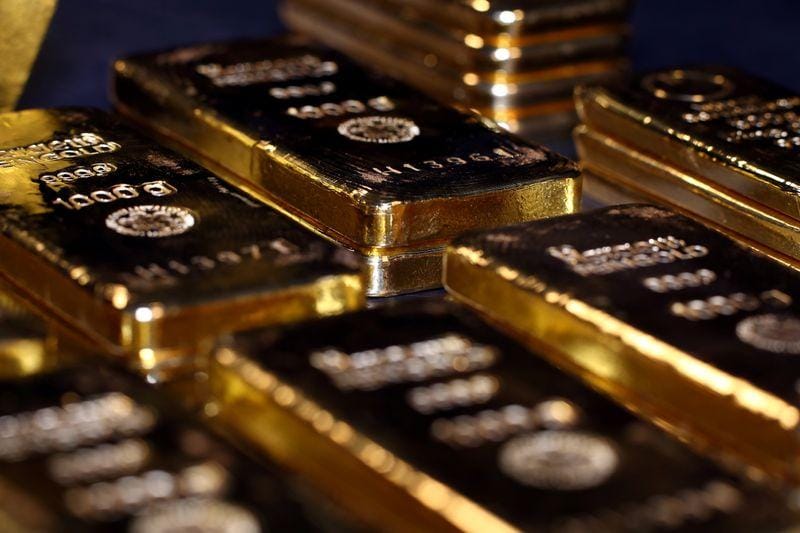 (Reuters) - Gold prices fell on Wednesday after rising as much as 1.3% earlier in the session, as traders sold the precious metal to cover margins for stock markets spooked by the global spread of coronavirus.

"At the same time, gold is being sold when equity markets are having a bad day to cover margins. I think the story hasn't changed that much over the couple of weeks," he added.

Globally, there are over 119,000 confirmed coronavirus cases.

The White House and Congress negotiated stimulus measures on Tuesday, although there was no immediate sign of a deal.

The U.S. Federal Reserve slashed benchmark interest rates in an emergency move last week, and is expected to cut rates further when it meets later this month.

Gold tends to appreciate on expectations of lower rates, which reduce the opportunity cost of holding non-yielding bullion.

Earlier on Wednesday, the Bank of England made an emergency rate cut and launched a package of other measures to combat a coronavirus-driven economic slowdown.

"It was quite surprising that palladium was able to withstand massive headwinds from coronavirus for such a long time, so now it feels the pain of it," Commerzbank analyst Carsten Fritsch said, noting that declining car sales are expected to weigh down the autocatalyst metal.

(Reporting by Harshith Aranya and Brijesh Patel in Bengaluru; Editing by Jan Harvey and Richard Chang)