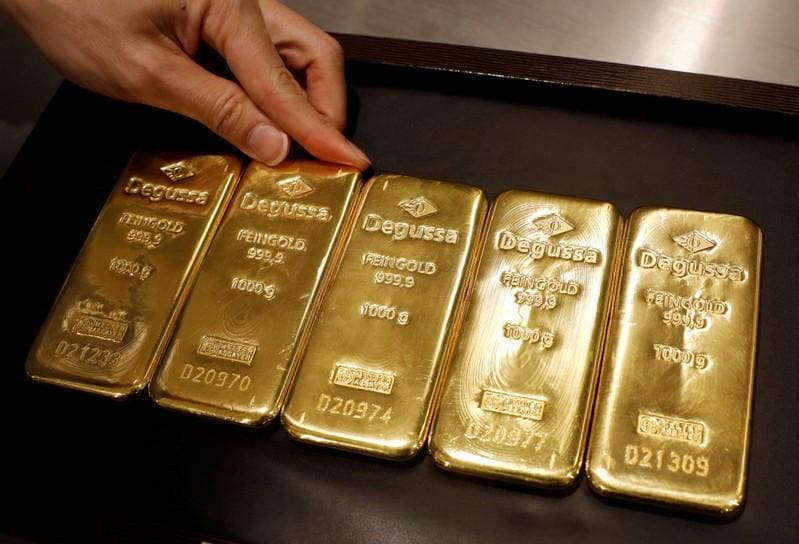 "A lot of people are worried about the one economy that is doing well now, the U.S. economy, and with these numbers for the consumer confidence, that puts it into question a little bit," said Chris Gaffney, president of world markets at TIAA Bank.

"The inverted yield curve is certainly a recessionary signal. That adds flows into gold as a safe haven."

Comments by U.S. President Donald Trump that China had offered to resume trade talks assuaged some concerns in the wider financial markets, though uncertainty prevailed as Beijing declined to confirm the assertion.

"We continue to have concerns about the global economy," said Bart Melek, head of commodity strategies at TD Securities in Toronto. "The U.S. President's deal with China is pending and that may be the rhetoric from the White House as opposed to an actual fact pointing to negotiation."

The trade war between the world's two largest economies has roiled markets since it began more than a year ago, triggering fears of a global economic slowdown. This helps gold, often considered a safer place to park assets during times of global uncertainty.

Meanwhile, markets priced in a quarter-point cut in interest rates by the U.S. Federal Reserve next month, and over 100 basis points of easing by the end of next year.

Spot silver extended gains for a third straight session, jumping 3% to $18.15 per ounce. The metal earlier hit $18.20, its highest level since September 2017.

"Silver had underperformed and now it is catching up with gold. We see silver as a catastrophe insurance," added TIAA Bank's Gaffney.