Gold prices were steady on Tuesday, trading near five-week lows touched in the previous session, as a firmer dollar and optimism over a likely US-China trade deal dented safe-haven appeal of the precious metal.

The dollar, against a group of six major currencies, was trading close to its two-week high of 96.816 posted in the previous session. 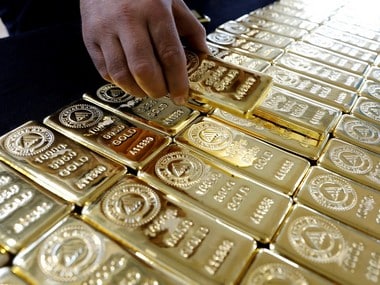 “People are more comfortable in moving out of safe-haven assets and gold is coming under pressure from that,” said Jeffrey Halley, senior market analyst at OANDA.

“A lot of money was parked in gold at the start of the year, waiting for clarity on tariffs. Now that we are seeing little bit of optimism on the tariffs that is sort of undermining pillars for buying gold,” Halley said, adding that if yields continued to rise, that would further pressure gold.

US secretary of state Mike Pompeo said on Monday he thought the United States and China were “on the cusp” of a deal to end their trade war.

However, a slight slip in the Asian equity market triggered by a cut in China’s economic growth target supported gold prices on Tuesday.

China cut its growth target for this year to 6.0 to 6.5 percent, in line with expectations, from around 6.5 percent last year, fuelling concerns about global growth.

“Global growth concerns are a long-term factor and we will see some support coming in for gold,” said Renisha Chainani, head of commodity and currency research at Monarch Networth Capital, adding that central banks buying bullion should also be positive for prices.

China and India raised gold holdings in January, according to data from International Monetary Fund (IMF).

Meanwhile, investors will be eyeing European Central Bank’s monetary policy meeting on Thursday and US non-farm payrolls data on Friday.