By Brijesh Patel (Reuters) - Gold consolidated around $1,500 on Wednesday, keeping to a $3 range ahead of a U.S. Federal Reserve decision on monetary policy while fears of oil-led inflation ebbed, limiting safe-haven inflows into bullion. 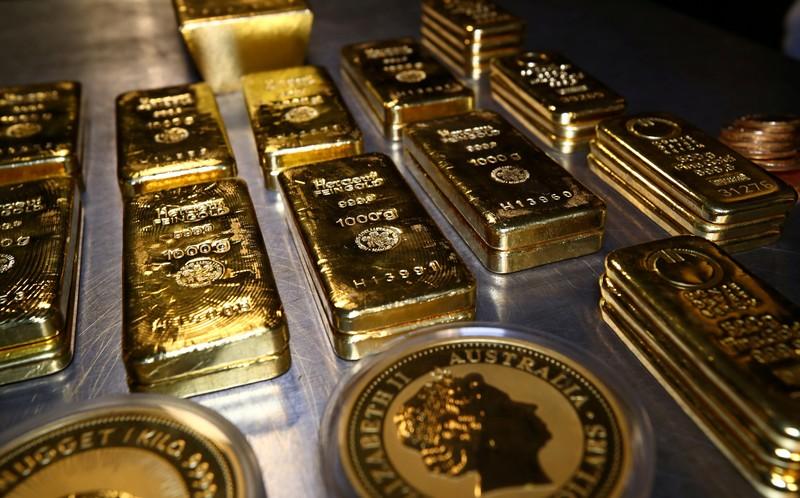 (Reuters) - Gold consolidated around $1,500 on Wednesday, keeping to a $3 range ahead of a U.S. Federal Reserve decision on monetary policy while fears of oil-led inflation ebbed, limiting safe-haven inflows into bullion.

"Hopes that Saudi Arabia's production is going to come back online and oil prices will start to depreciate have boosted market sentiment, so we continue to see some calm across the markets ahead of the Fed meeting," said FXTM analyst Lukman Otunuga.

Oil prices retraced, having surged nearly 15% earlier in the week, after Saudi Arabia's energy minister said the country would restore its lost production by month-end, having restored customer supplies to levels they were prior to attacks on its key facilities.

Gold is considered a hedge against oil-led inflation.

"There is something about that $1,500 level and gold is waiting for a catalyst, which will come in the form of the Fed," Otunuga said.

The Fed will conclude its latest policy meeting on Wednesday, buffeted by conflicting economic data and under steady White House pressure to cut interest rates sharply.

Investors are largely pricing in a quarter-point cut, with the focus now on how much more easing the central bank signals for this year and next.

Attention will also be on the Bank of Japan's policy meeting on Thursday, with the central bank expected to ease its policy this year.

The dollar, meanwhile, rose against a basket of major currencies.

"The latest price rise (in gold) was very quick and was driven to a large extent by speculation," Commerzbank analysts said in a note.

"It is therefore likely to take some time for the gold price to settle down in any lasting manner above the psychologically important $1,500 mark. However, we believe that price-supportive factors should gain the upper hand in the longer term."

(Reporting by Brijesh Patel in Bengaluru; Editing by David Evans and David Goodman)