By Brijesh Patel (Reuters) - Gold rose to a more than one-week high on Monday as weaker-than-expected economic data from Europe heightened fears of a slowdown in global growth, while palladium continued its record run driven by short supply of the auto-catalyst metal. 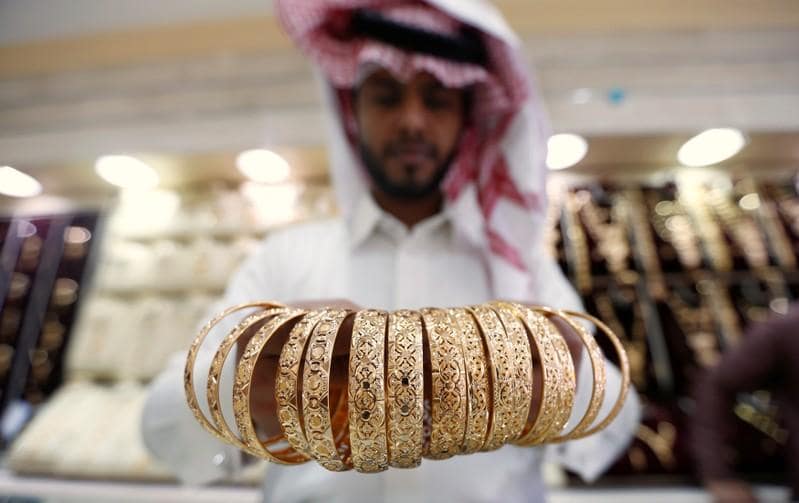 (Reuters) - Gold rose to a more than one-week high on Monday as weaker-than-expected economic data from Europe heightened fears of a slowdown in global growth, while palladium continued its record run driven by short supply of the auto-catalyst metal.

"We have to acknowledge that these global growth worries are still there ... the German data and data from Europe were weaker than expected. So ... we're seeing fundamental support for gold," Julius Baer analyst Carsten Menke said.

Gold is likely to trade higher near term with more monetary easing by the world's central banks and trade issues between the United States and China still on the table, he added.

The weaker-than-expected economic readings added to investor worries over the effect of the U.S.-China trade dispute on the world economy, denting appetite for riskier assets.

Over the weekend, the U.S. Trade Representative's office issued a statement characterising two days of talks with China as "productive".

This comes after Chinese officials unexpectedly cancelled a visit to U.S. farms following their negotiations in Washington.

"There seems to be a shortage of material ... the forwards are tightening as well and there is good demand that cannot be met at the movement," said Afshin Nabavi, senior vice president at precious metals trader MKS SA.

Palladium has risen more than 8% or about $125 so far this month.

She added that a breakdown in U.S.-China trade talks, a deterioration in economic data and a pullback in equities from recent highs presented downside risks for palladium over the remainder of the year.

(Reporting by Brijesh Patel in Bengaluru; Editing by Susan Fenton and David Evans)